The study was published in the journal Astronomy & Astrophysics. 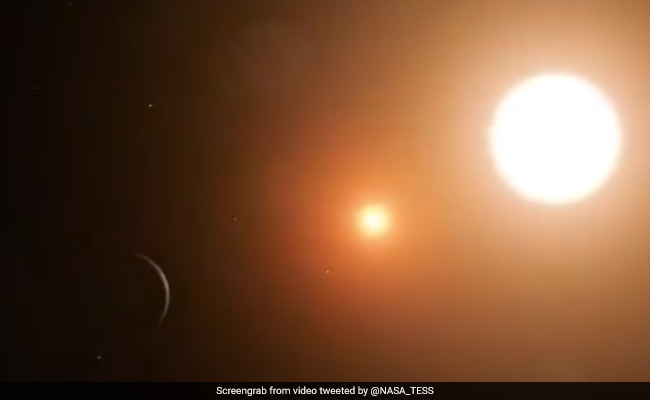 The astronomers have so far spotted around 5,000 exoplanets. (Representative Image)

In a recent discovery, astronomers have spotted 2 new exoplanets orbiting a star located 100 light years away from Earth, according to a report by Space.com. The two new exoplanets are called Super-Earths, which is around 30 per cent larger than Earth, and orbit the dwarf star in 2.7 Earth days. The first planet is designated as LP 890-9b and second as LP 890-9c. The second planet is 40 per cent larger than Earth, and it completes the orbit in just 8.5 Earth days. Astronomers have noted that the second planet exists in the habitable zone of the host star.

The study was published in the journal Astronomy & Astrophysics. The celestial objects were identified as exoplanets by the Transiting Exoplanet Survey Satellite (TESS), which is working for American space agency NASA. "TESS searches for exoplanets using the transit method, by monitoring the brightness of thousands of stars simultaneously, looking for slight dimmings that might be caused by planets passing in front of their stars," Laetitia Delrez, an exoplanetary scientist at the University of Liege in Belgium and lead author of a paper detailing the discovery, said in a statement. "However, a follow-up with ground-based telescopes is often necessary to confirm the planetary nature of the detected candidates and to refine the measurements of their sizes and orbital properties."

A Sciencealert report says that the worlds are unlikely to be habitable, given our current understanding of life, and the star and its exoplanets are among the closest multi-world systems to Earth. Astronomer Michelle Kunimoto of MIT's Kavli Institute for Astrophysics and Space Research said, "Both planets in this system are each considered among the best targets for atmospheric study because of the brightness of their star."

The astronomer further questioned if there is a volatile-rich atmosphere around these planets or signs of water or carbon-based species.

The astronomers have so far spotted around 5,000 exoplanets.

Neutral Russian Flags At Olympics Would Be "Stained With Blood": Zelensky