Astronaut to Carry Text of Paris Climate Deal into Space 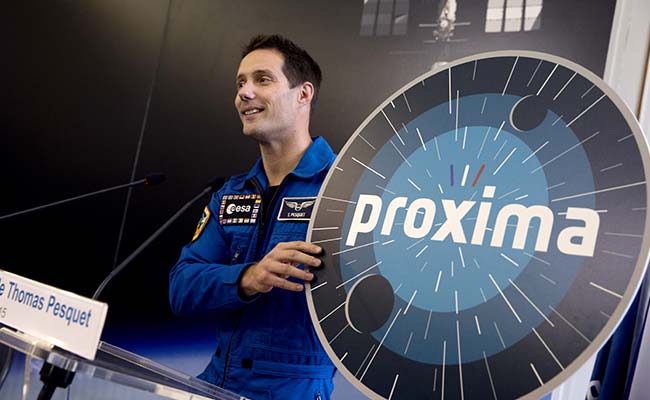 Paris, France: French astronaut Thomas Pesquet will carry the text of any climate change deal clinched in Paris in December into space with him next year, a French junior minister for research said on Thursday.

"We truly hope to be able to give you the text of the final resolution," Thierry Mandon told a news conference in Paris, adding that he was still hopeful of an agreement next month despite "much uncertainty" surrounding the talks.

The UN conference, known as COP21, will see more than 155 heads of state and government converge on Paris at the end of the month with the hope of securing a deal to stave off catastrophic climate change.

Scientists say global emissions of greenhouse gases must be cut to prevent Earth from warming by more than the key threshold of two degrees Celsius (3.6 degrees Fahrenheit) over pre-industrial levels.

If a pact is agreed and signed by world leaders, French President Francois Hollande will personally deliver the text to the astronaut before takeoff, Mandon said.

Pesquet, an astronaut for the European Space Agency (ESA), will also be asked to take a small French flag with him on his trip to the International Space Station in November 2016.

"The environment is something that is close to my heart," the 37-year-old said.

"When they come back from space, astronauts are always a bit different because they have seen the fragility of the Earth."