The study showed 23 volunteers who got AstraZeneca antibody cocktail developed symptomatic COVID-19 following exposure to the disease, compared with 17 cases in the placebo group, according to a statement. 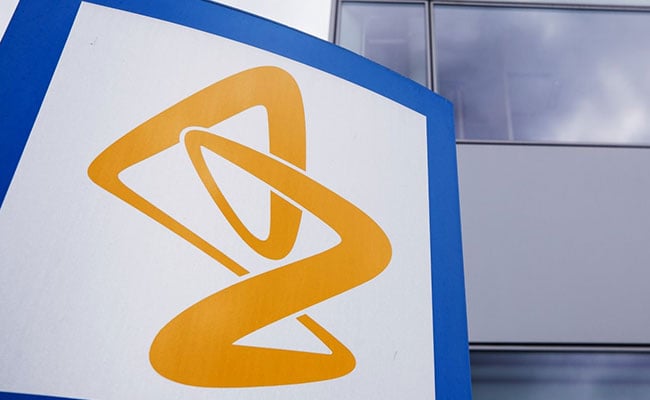 US has ordered up to 700,000 doses of the AstraZeneca antibody cocktail.

AstraZeneca Plc's antibody cocktail was only 33% effective at preventing COVID-19 symptoms in people who had been exposed to the virus, failing a study that was key to the drugmaker's pandemic push.

The trial of 1,121 adult volunteers looked at whether the long-acting antibody combination could protect people who had recently been in contact with the SARS-CoV-2 virus in places like care homes. The company said it's running other studies of the medicine that could help clarify the findings.

The outcome is a blow to Astra for a drug that was hoped to be a bright spot in the company's pandemic efforts following the mixed success of its vaccine with the University of Oxford. Other drugmakers such as GlaxoSmithKline Plc have had some success in getting similar therapies through clinical tests and approved for people who are at risk of severe disease or can't get vaccinated.

"There is still a significant need for prevention and treatment options for certain populations, including those unable to be vaccinated or those who may have an inadequate response to vaccination," said Myron Levin, the study's lead researcher and a professor of medicine at the University of Colorado.

The Astra medicine attracted interest even before it could prove its efficacy. The US has ordered up to 700,000 doses of the medicine for delivery in 2021, while the UK was already reconsidering an earlier order for one million.

The study, conducted in the US and UK, showed 23 volunteers who got the cocktail developed symptomatic COVID-19 following exposure to the disease, compared with 17 cases in the placebo group, according to a statement Tuesday. Twice as many participants got the antibody, but the difference between the two groups wasn't considered statistically significant.

Further analysis showed the drug had some impact in preventing disease for those who weren't infected at the time of dosing.

Volunteers who became infected up to a week after taking the drug were 51% less likely to develop symptoms, the company said. That climbed to 92% if the patient didn't record infection until more than a week after the injection. All participants had a negative antibody test when dosed to exclude prior infection.

The trial, named Storm Chaser, is one of six advanced-stage studies Astra is running to test the medicine. Another one called Provent, looking at whether the cocktail can prevent infection in people at high risk of catching Covid or with compromised immune systems, is also expected to report results soon.

Antibody drugs are viewed as a way to protect people such as cancer patients whose immune systems may not respond as well to vaccines. They may also provide much-needed treatments as countries encounter new variants and waves of infections amid varying speeds of vaccine rollouts. A number of companies are testing antibody drugs as measures of both prevention and treatment.

Several antibody treatments are already on sale. Glaxo and Vir Biotechnology Inc. received US emergency-use authorization for their product last month after it showed it could keep at-risk patients from worsening. Eli Lilly & Co.'s authorization for an antibody treatment was revoked in April amid questions over its effectiveness, but the company then had the product cleared for use in combination with another antibody.