As Vladimir Putin Wins Fourth Term As Russian President, A Look At The World's Longest-Serving Leaders

Russian Presidential Election Result: Vladimir Putin's win will take him to nearly a quarter-century as the head of state or government. 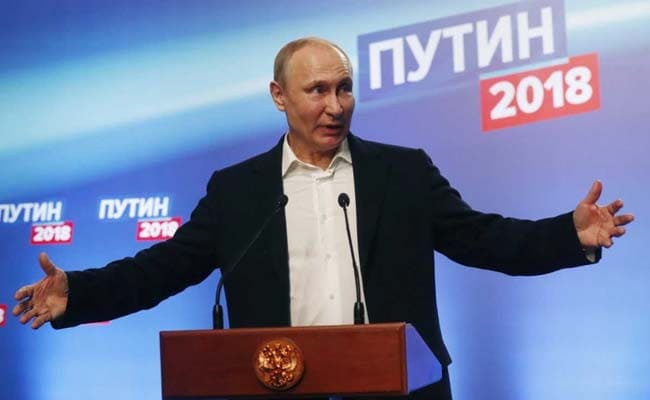 Paris: Vladimir Putin won Russia's presidential election on Sunday, giving him a fourth term that will take him to nearly a quarter-century as the head of state or government.

Here are some of the world leaders who have held power the longest excluding monarchs enthroned for life.

Topping the list with 49 years in power is Cuba's revolutionary hero Fidel Castro, who handed over to his brother Raul in 2008 when he was in his early 80s.

Taiwan's first president Chiang Kai-shek was in charge on the island and in mainland China for a total of 47 years until his death in 1975.

North Korean founder Kim Il Sung ran the reclusive state for 46 years before dying in office in 1994. He is still revered as the "eternal leader".

Albania's communist dictator Enver Hoxha was in power for 40 years until his death in 1985.

Moamer Kadhafi ruled Libya with an iron fist for almost 42 years before being ousted and then slaughtered in 2011 by rebels.

Omar Bongo Ondimba governed oil-rich Gabon for more than 41 years until his death in 2009.

Currently the world's longest serving president is Equatorial Guinea's Teodoro Obiang Nguema, with 38 years under his belt since he toppled his uncle in 1979.

Others that are still counting their years in power: