According to Ukrainian officials, 5,500 Russian soldiers have perished in Ukraine since August 29. 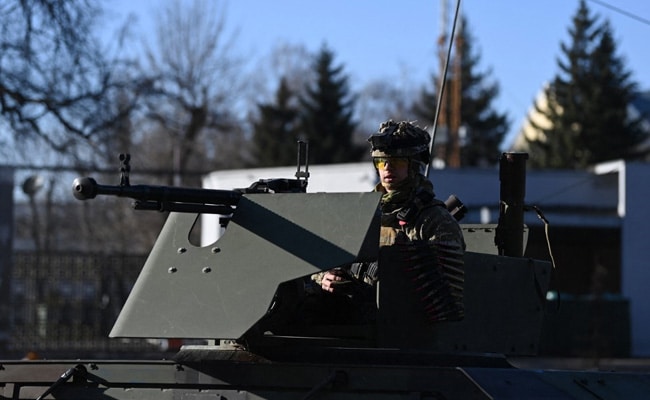 Kharkiv is one of the regions that Ukraine claims it has reclaimed.

Ukraine has started to reclaim some of the territory it lost to Russia after nearly seven months of fighting. Moscow has reportedly been forced to withdraw its forces as a result of the quick advance of its forces in numerous locations, including the northern Kharkiv region in recent days.

According to a Forbes report, Russian territorial gains in eastern and southern Ukraine are being reversed by twin Ukrainian counteroffensives, which are costing the Russian army at least a battalion's worth of troops and vehicles every day.

Putin's army is suffering daily losses of hundreds of soldiers and dozens of destroyed vehicles.

According to UK intelligence, Russian soldiers are engaging in "extremely dangerous" manoeuvres that indicate their military superiors are under pressure to advance their operations in eastern Ukraine after a battalion was completely destroyed while attempting to cross a river.

According to a Forbes report, for Russia, these losses are disastrous. Before Kyiv's forces launched a counteroffensive on August 30 in the south and eight days later in the east, the Russian army in Ukraine was barely holding off a little over 100 undermanned battalions.

According to the Ukrainian general staff, 1,200 Russian tanks, battle vehicles, trucks, helicopters, aeroplanes, and drones have been destroyed or taken captive by Ukrainian forces.

More than 5,800 Russian soldiers have died since August 29, according to Ukrainian officials, who claim that their counteroffensive in the east started in September.

Nearly 400 of the Russian losses have been verified by independent experts who combed through images and videos on social media.

How has Russia responded?

According to a Reuters report, on Monday, the Kremlin reaffirmed that it would succeed in its military objectives.

Instead, he said that "The special military operation continues. And it will continue until the goals that were originally set are achieved."