It is not clear how long the temporary halt will last, but one of the sources said Unipec has no new bookings of U.S. crude until at least October. 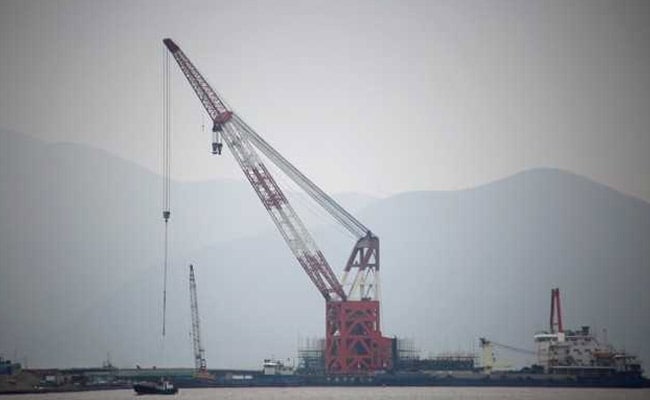 China's Unipec, the trading arm of state oil major Sinopec, has suspended crude oil imports from the United States due to a growing trade spat between Washington and Beijing, three sources familiar with the situation said on Friday.

The sources declined to be identified as they are not authorised to speak to the media.

It is not clear how long the temporary halt will last, but one of the sources said Unipec has no new bookings of U.S. crude until at least October.

Unipec and Sinopec, Asia's largest refiner and biggest buyer of U.S. oil, did not respond to requests for comment.

Chinese buyers had already slowed their purchases of U.S. oil to avoid a likely import tariff threatened by Beijing amid the escalating trade dispute between the world's two largest economies.

Beijing has put U.S. energy products, including crude oil and refined products, on a list of goods it will hit with a 25 percent import tax in retaliation for similar moves by Washington. It has not said when it will impose the tariffs.

Unipec said earlier this year it expects to trade up to 300,000 barrels per day (bpd) of U.S. crude oil by the end of the year, about triple its trading volume of U.S. oil last year.

China's crude oil imports from the United States reached an average of 334,880 bpd in the first eight months of this year, according to trade flows data on Thomson Reuters Eikon.

The amount of U.S. crude arriving in September is expect to fall to 197,515 bpd, as only three supertankers are en-route to China, the data showed.

The absence of China, the largest buyer of U.S. crude after Canada, has partly weighed on U.S. spot crude prices, making them more affordable for other buyers in Asia.

Unipec will continue trading U.S. crude, selling the oil to Europe, one of the sources said. Still, it is unlikely to ship any of the oil to the east as it no longer has a backstop for the oil if it cannot find a buyer at the right price during the voyage, said three traders that participate in the market.

China's prohibitive import tariff, which amounts to close to $18 a barrel when crude is at $70, has also deterred other Chinese buyers such as state-owned companies PetroChina, as well as state-controlled Zhenhua Oil and independent refiners, from importing U.S. crude, they said.

Meanwhile, a narrower price spread between the Brent and Dubai crude benchmarks has made oil from Europe and Africa that is similar in quality to the U.S. crude more affordable for China.

China's oil imports from West Africa are set to rebound in August to 1.6 million bpd, the highest since May, according to data on Eikon.

(Except for the headline, this story has not been edited by NDTV staff and is published from a syndicated feed.)
Comments
ChinaChina-US trade dispute