As Siblings Again Unite To Unleash Terror, Experts Ask What Drives Them 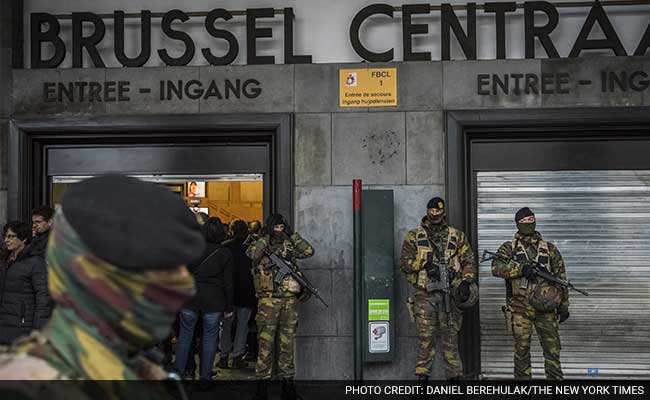 The identification of Khalid and Ibrahim El Bakraoui as suicide bombers in the deadly Brussels attacks is confronting investigators and counterterrorism experts with a disturbingly recurrent question: Why do so many terrorists turn out to be brothers?

The Bakraouis join a list of brothers involved in nearly every major terror attack on Western soil since three sets of Saudi siblings were among the 19 hijackers who carried out the Sept. 11, 2001, attacks in the United States. Before then, the grim roster included 19th-century French anarchists, militants in Southeast Asia and the Jewish extremists who assassinated Prime Minister Yitzhak Rabin of Israel in 1995.

For terror groups, brothers can be ideal recruits. They radicalize each other while reinforcing a sense of purpose and ideological calling. They keep watch on each other to ensure an attack is carried out. One new study suggests that as many as 30 percent of members of terrorist groups share family ties.

Siblings also present a formidable challenge for law enforcement. They often live in the same house. They can communicate easily, without using cellphones that are vulnerable to surveillance. And the glue of family can often - but not always - serve as insurance against one member of a cell betraying the mission to the authorities.

"Brothers would likely be exposed to similar radical messages, and they might well debate and brainstorm together about them," said Audrey Kurth Cronin, an author and scholar at George Mason University. "And if you can rely on a family member in your plotting, it's probably less likely that they'll go to the police. It's a question of security and trust." 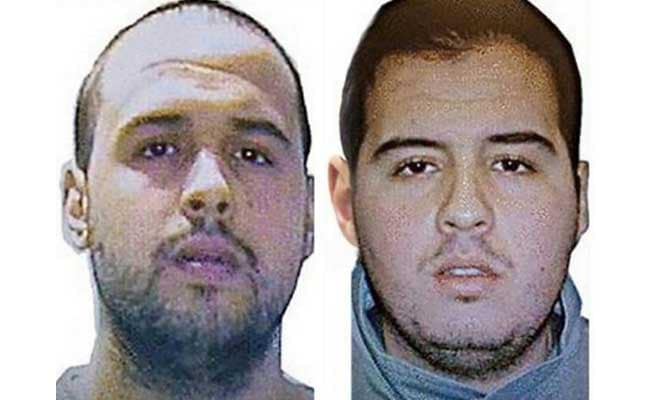 That the Brussels bombings were carried out by brothers is particularly striking because they appear to be connected with the Nov. 13 terror assault on Paris that killed 130 people. The Bakraouis are suspected of belonging to the same terror cell as Salah Abdeslam, who was arrested last week in Brussels and is considered the only surviving participant in the Paris assault. Abdeslam's brother, Ibrahim, detonated a suicide belt at a cafe during the Paris rampage.

The list goes on: In January 2015, the Kouachi brothers, Cherif and Said, gunned down 12 people in the Paris offices of the French satirical newspaper, Charlie Hebdo; the Tsarnaev brothers, Dzhokhar and Tamerlan, carried out the 2013 bombings at the Boston Marathon.

"Violent extremism spreads through social contact, and for most people, siblings are a big and important part of their social environment," said J.M. Berger, a terrorism analyst and co-author of "ISIS: The State of Terror." "You may feel you can talk to a sibling about matters you can't discuss with others."

The same dynamics that inform any sibling relationship are at play among brothers who radicalize, experts said. It is often the older brother who influences the younger one, although not always: In the case of Charlie Hebdo, investigators believe, the younger brother, Cherif, was the more militant.

Regarding the Boston Marathon bombers, who were from a Chechen immigrant family, investigators found a complex dynamic. To all outward appearance, Dzhokhar, a college student, was far better integrated into American life, and more sociable, than his glum, troubled older brother, Tamerlan, who died in a shootout with police after the bombing.

Defense lawyers for Dzhokhar tried to portray him as being bullied by his older brother to participate in the plot, but a Boston jury rejected that argument and recommended the death penalty.

Mia Bloom, co-author of "All in the Family: A Primer on Terrorist Siblings," cited scholarly research showing that as many as a third of the people terror groups send to carry out attacks come from the same family. Examples abound of jihadis marrying a sister or daughter to another jihadi family in order to build alliances.

"These groups are always worried about infiltration," Bloom said. "When a family member tried to join, it's a great vetting mechanism. Then they know they can trust them."

In carrying out an operation, siblings sometimes work in tandem. The Kouachi brothers burst into the Charlie Hebdo offices together. On Sept. 11, the three pairs of Saudi siblings initially sat side by side aboard the airliners that hit the World Trade towers and the Pentagon. The national 9/11 commission reported that one of them, Nawaf al-Hazmi, had pleaded with Osama bin Laden to let his younger brother Salem join the mission, and they ended up in the fifth row of American Airlines Flight 77 bound for Washington.

But Bloom said her research showed that siblings were often purposely sent to different locations, as with the Abdeslam brothers in Paris (Salah drove a fellow plotter to the soccer stadium; Ibrahim detonated a suicide vest at a cafe).

"The reason for this is the fear that if the siblings are sent to the same location, one might convince the other to defect, because of the love of their sibling," said Bloom, a professor of communications at Georgia State University. When sent to different locations, she added, "They will each go through with it because they do not want to disappoint their sibling and they cannot face the idea of going on without them."

The Belgian authorities said Wednesday that Ibrahim El Bakraoui, 29, set off one of the two bombs at the airport, and his brother Khalid, 27, the one at the subway station more than an hour later; it remains unclear whether Khalid was first at the airport.

In her study, Bloom identified a similar case of Chechen suicide bombers in Russia in 2004: Amanat Nagayeva blew herself up on a flight from Moscow to Volgograd, killing everyone on board; a week later, her sister Rosa killed herself and 10 other people outside the Rishkaya subway station in Moscow.

Law enforcement officials are puzzling over how to detect terror cells within a family.

"Our traditional counterterror capabilities were designed to pick up the communications and interaction between an attacker and the command and control structure of the organization," said John Cohen, who until 2014 served as the counterterrorism coordinator at the Department of Homeland Security and is a professor of criminal justice at Rutgers University. 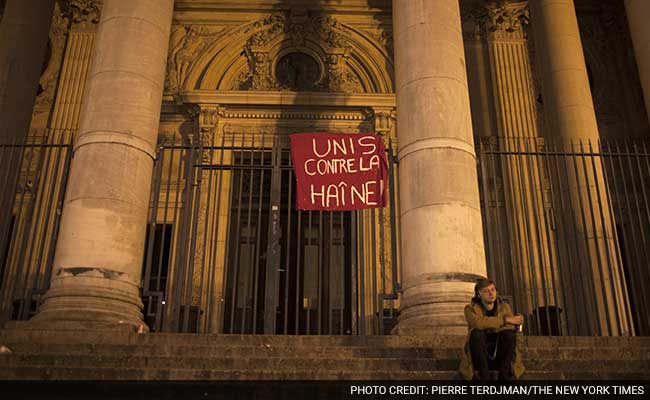 A banner on the entrance to the Brussels Stock Exchange reads "United Against Hatred," on the evening after terrorist attacks rocked the Belgian capital, March 22, 2016.

Psychologists who study terrorism say that the two-person cell may be a recent adaptation to increased security measures - whether they are brothers, as in Brussels, Paris and Boston; or husband and wife, as in the San Bernardino, California, attacks in December that killed 14.

"What's powerful about these pairs is that they increase capacity for doing damage but not the vulnerability to detection, because of the tightness of the tie," said Clark McCauley, a research professor at Bryn Mawr College who has studied radical groups. "It's a creative solution; you get more hands to help than a lone wolf, but the same kind of security."

Radical groups through history have long included siblings, lovers and friends, whether the Symbionese Liberation Army in California, the Weather Underground, the Marxist Red Brigades in Italy or the Baader-Meinhof gang in Germany.

In those larger groups, experts say, members try to one-up each other, pushing the group to endorse ever more violent action. This dynamic is most likely muted in sibling or relative pairs, but the more radical member still often pulls the other along, McCauley said, especially if they feel imminent threat.

Prosecutors in Belgium announced Wednesday that they had found a suicide note, or will, that one of the brothers, Ibrahim, had left on his computer, saying he was in a "bad situation" and risked arrest, after the authorities caught Salah Abdeslam on Friday. Ariel Merari, an Israeli scholar thought to have interviewed more terrorists than anyone, has described this sensation of urgency a "10 minutes to midnight feeling" - in other words: time to act.

Experts are still examining how often uninvolved family members may be aware of terrorist' plotting. A 2014 study in the Journal of Forensic Sciences analyzed the behaviors of 119 "lone-wolf" terrorists and found that in nearly two thirds of the cases, family and friends knew the person wanted to commit an act of violence. But in some cases, relatives are strongly opposed: The U.S. terrorist known as the Unabomber, Ted Kaczynski, for instance, was finally caught and convicted because his brother, David, had alerted the authorities to his suspicions.

Little is yet known about the relationship between the Bakraouis, who are of Moroccan origin and grew up in Laeken, a working-class neighborhood in Brussels, not far from the Royal Palace. Their father, Jamal El Bakraoui, is an observant Muslim and a retired butcher, according to Marcelline Mertens, a neighbor. Mertens recalled the brothers as ordinary teenagers, not especially religious, who disappeared from the neighborhood about five or six years ago.

During this period, they were separately convicted of crimes including carjacking and engaging in a shootout with police.

Bloom, the author who estimated that as many as 30 percent of members of terror groups share family ties, warned that extremists were trying to recruit entire families in Europe, portending the possibility of yet another evolution in jihadism. "Right now, we are seeing a lot of siblings carrying out these attacks," she said. "The trend we are anticipating is parent and child."
© 2016, The New York Times News Service