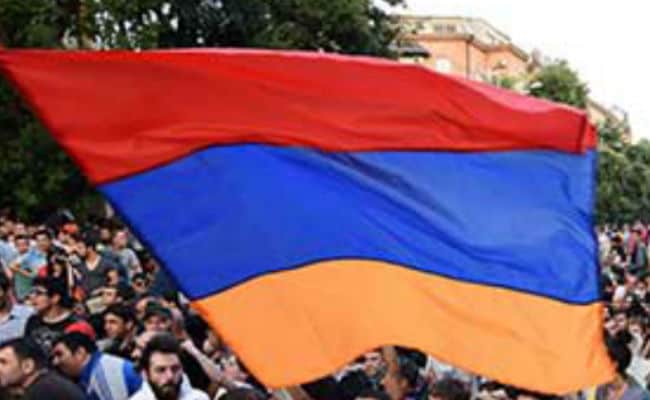 Yerevan: Armenian President Serzh Sarkisian on Saturday suspended a controversial hike in electricity prices but the move failed to appease protesters who vowed to keep up with the largest anti-government demonstrations the ex-Soviet nation has seen in years.

Thousands have taken to the streets of the capital Yerevan since June 19 to demonstrate against a proposed 16-percent hike in electricity prices in a country already hit hard by the economic crisis in neighbouring Russia.

Under pressure to end the unrest, Sarkisian announced that the government would temporarily "bear the burden" of the higher rates pending an audit on "how justified the tariff raise is and what its consequences would be for the country's economy."

Protesters dismissed the president's announcement as inadequate and repeated demands for the price increase to be scrapped altogether.

Chanting "We will win!" some 10,000 people rallied near the presidential palace in Yerevan, blocking traffic on the city's main thoroughfare for a ninth consecutive day.

"Our demand remains unchanged: the decision to raise electricity tariffs must be reversed," one of the activists at the rally, Baginak Shushanyan, told a cheering crowd.

The protests in Yerevan gained momentum after hundreds of riot police moved in early Tuesday to break up a rally using water cannon.

Washington, Brussels and the OSCE pan-European security body have all expressed concern over the violence.

Anger has long simmered in Armenia over the government's failure to lift the Caucasus nation of 3.2 million out of poverty but the decision to raise household electricity prices from August proved the last straw.

Owned by the Russian state-controlled holding Inter RAO, Armenia's power distribution company said the hike was needed due to a sharp devaluation of the national currency, the dram.

Armenia, an ally of Moscow, has been hit hard by the economic crisis in Russia brought on by falling oil prices and Western sanctions over Ukraine.