Local residents claim to have killed nearly 40 Talibani terrorists and wounded at least 15. However, the Taliban have not commented on the incident yet. 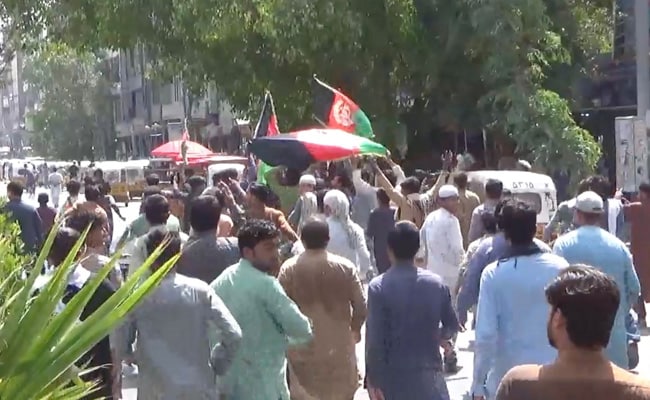 Taliban terrorists lost control of Afghanistan's Pol-e-Hesar district of northern Baghlan province after they came in conflict with armed uprising on Friday, a media report said.

However, local residents claim that two other districts Deh Salah and Qasaan have also been recaptured from the Taliban, Afghanistan's Khaama Press said on Friday.

Taking to Twitter, former acting minister of defence Bismillah Muhammadi said, "Resisting the Taliban terrorists is our duty # Pul-e-Hesar, Deh Salah and Banu districts in Baghlan have been occupied by the resistance forces. Resistance is still alive."

Currently, Bismillah is residing in Panjsheer province, the only region out of the Taliban's control in Afghanistan.

Local residents claim to have killed nearly 40 Talibani terrorists and wounded at least 15. However, the Taliban have not commented on the incident yet.

The terror group on Thursday imposed a curfew in Kabul ordering residents to not leave home after 9 pm apart from emergencies.

The Taliban entered the presidential palace in Kabul soon after President Ashraf Ghani left the country. The terror group's control has frightened people to flee the nation.

The Taliban are in talks with the local Afghan leaders in an attempt to form the government and fill the power vacuum.