"Are You Dead Sir?": US Doctor Caught Mocking Patient On Video

Beth Keegstra was seen in a video last week arguing with 20-year-old Samuel Bardwell about whether he was ill or simply trying to get pain relievers. 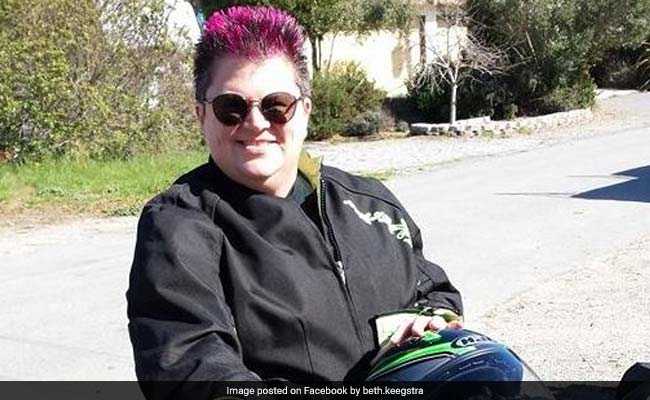 An emergency room doctor was suspended from a hospital in Northern California after cursing and mocking a patient who said he was having an anxiety attack.

Beth Keegstra, a contracted physician at El Camino Hospital in Los Gatos, was seen in a video last week arguing with 20-year-old Samuel Bardwell about whether he was ill or simply trying to get narcotic pain relievers. When the patient told her that he could not "inhale," Keegstra responded with laughter, saying: "He can't inhale. Wow! He must be dead."

"Are you dead, sir?" the physician continued, pointing at Bardwell. "I don't understand. You are breathing just fine."

Bardwell's father then stepped in to try to explain to the doctor that his son was experiencing "labored breathing."

"He's not labored in the least," Keegstra replied. "He has an oxygen saturation that is 100 percent. He is breathing perfectly normally. This is not labored breathing."

After widespread criticism on social media, El Camino Hospital CEO Dan Woods said in a statement that the doctor's demeanor, which he called "unprofessional," is "not the standard we require of all who provide care." He said the doctor "has been removed from the work schedule, pending further investigation," and the hospital has "expressed our sincere apologies and are working directly with the patient on this matter."

"Please be assured that this recent interaction is not reflective of the care and services our over 3,000 dedicated caregivers provide every single day," Woods added.

Keegstra could not immediately be reached Monday for comment.

Bardwell, who said he is a student at West Valley College in Saratoga, California, suffers from anxiety attacks and takes Klonopin, medication intended to treat seizures and anxiety disorders, his father, Donald, told SFGate. (The school could not confirm Bardwell's enrollment status.) Donald Bardwell told the newspaper that his son had not taken his medication for several days and then had an anxiety attack during basketball practice June 11.

"He had a prescription waiting for him at the pharmacy but couldn't pick it up; he's a student and he works," the elder Bardwell told the newspaper. "We didn't know what the consequence of not taking the meds would be."

The Bardwells could not immediately be reached for comment.

The Washington Post could not independently confirm Samuel Bardwell's diagnosis or his prescribed medications. Research has shown that those who suddenly stop taking Clonazepam, or Klonopin, can experience "discontinuation symptoms," such as "anxiety, shaking/trembling/tremor, nausea/vomiting, insomnia/nightmares, excessive sweating, tachycardia/palpitations, headache, weakness, and muscle aches."

It is not known whether Bardwell was going through withdrawal.

But Bardwell told ABC News that he collapsed during basketball practice. At El Camino Hospital, he complained to the doctor about anxiety and muscle pain.

The 20-year-old patient told the network that based on a contentious encounter with Keegstra and the fact that the physician had spoken with a security guard about him, "I already knew from that point, I said, 'Hey Dad, can you please take out your phone? I need you to take out your phone now because I have a feeling something is going to happen.' "

From that point on, the conversation was captured on camera.

Bardwell's father told Keegstra that his son had been throwing up and slipping in and out of consciousness, and he was concerned that if he took his son home without treatment, the anxiety attack would continue "because he's in the same shape that he was in when he came" to the hospital.

When Bardwell tried to explain why he didn't have his Klonopin, Keegstra told him he was fine.

"I'm sorry, sir, you were the least sick of all of the people who are here who are dying," Keegstra told him. "There, so you picked your head up. Now don't try to tell me you can't move."

"Sit up!" she then started shouting, pulling on his arm. "Sit up!"

Bardwell told Keegstra that he could not get up from the bed.

"You want us to wheel you to your house in the gurney?" she said.

"That's not what I said," Bardwell responded under his breath.

As they continued to argue about Bardwell's care, the doctor asked him whether he needed narcotics.

"Here we go," Bardwell said. He added: "I just need pain reliever and anxiety medication because I'm in pain and I have anxiety. I said nothing about narcotics. . . ."

"This is ridiculous," Keegstra interrupted and cursed at the patient. "I came in here wanting to help you and you're just, you're turning your story around, you're changing your story, you're saying one thing and then you're telling me another thing."

When Bardwell disputed that claim, Keegstra raised her voice and said he had been changing his story.

The doctor could then be heard telling a nurse to give Bardwell IV fluids and send him home. "He's obviously a doctor and he knows what he needs," she said, leaving the room.

A LinkedIn page for Keegstra identifies her as a doctor with Vituity/California Emergency Physicians, a group that contracts with hospitals to provide emergency-room physicians.

The doctor also states on her page that she has worked for the Mayo Clinic since 2013. A spokeswoman for the Mayo Clinic said Keegstra was contracted as a "supplemental employee" at a Mayo Clinic Health System site from January 2013 to January 2016. The next month, she was reported to the Minnesota Board of Medical Practice for "prescribing to a patient in the absence of a physician-patient relationship and without documentation in the patient's medical record." Public corrective action was taken against Keegstra, ordering her to complete a professional boundaries course, among other things.

The spokeswoman said Keegstra is no long at the Mayo Clinic.

After last week's heated encounter, Bardwell's father told ABC News that he questions her fitness as a doctor.

"In my mind," he told the network, "I don't think she should be practicing medicine at all because if it's not a race thing and she treats everybody that way, then that's a problem."

(Except for the headline, this story has not been edited by NDTV staff and is published from a syndicated feed.)
Comments
Beth KeegstraEl Camino Hospital