The students worked at a factory that assembles Apple iPhone X and is part of Taiwan's Foxconn Technology Group, in a three-month stint that was billed as 'work experience' and was needed to graduate 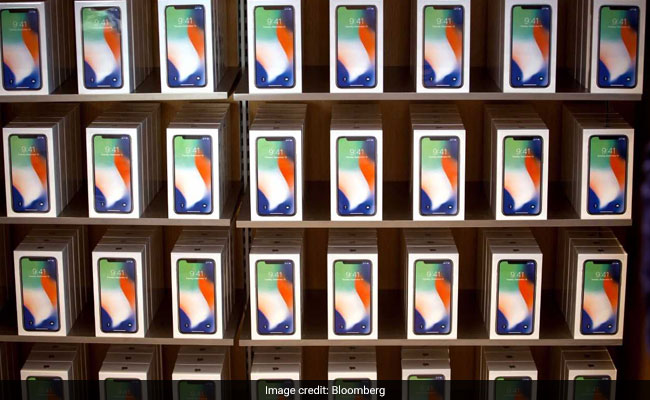 Interns at a factory operated by Hon Hai Precision Industry Co., part of Taiwan's Foxconn Technology Group, worked voluntarily and received benefits, though worked longer days than Chinese law permits, Apple said in a statement. The Financial Times reported earlier Tuesday that a group of 3,000 students from the Zhengzhou Urban Rail Transit School were sent to work at the local facility.

"During the course of a recent audit, we discovered instances of student interns working overtime at a supplier facility in China," Apple said. "When we found that some students were allowed to work overtime, we took prompt action."

The students worked at the factory as part of a three-month stint that was billed as "work experience," and was required to graduate, the FT reported. Six of the students told the FT they routinely worked 11-hour days assembling Apple's flagship smartphone, which constitutes illegal overtime for student interns under Chinese law.

Apple's supply chain has faced criticism over poor labor standards for years, and the company has pushed manufacturing partners to improve factory conditions or risk losing business. However, this year the company released two new iPhones for the first time, putting extra pressure on its suppliers and assemblers to churn out millions of handsets ahead of the key holiday shopping season.

"Apple actually knew about this a couple of weeks ago, however they haven't resolved the issue yet," Qiang added. "They could have stopped these students working night shifts and long hours sooner, but they didn't do that."

Apple's latest model, the $999 iPhone X, faced hiccups in production that stymied some suppliers and held back business for Hon Hai, which gets more than half its sales from the Cupertino, California-based company. Hon Hai is the exclusive assembler of the iPhone X and Apple didn't start selling its marquee device until November, almost two months after the iPhone 8 hit shelves. The delay led to a 39 percent drop in Hon Hai's net income in the three months ended September.

Foxconn said company policy doesn't allow interns, who represent a "very small'' percentage of its workforce, to work more than 40 hours a week on "program-related assignments."

Foxconn did acknowledge, however, a "number of cases where portions of our campuses have not adhered to this policy. We have investigated all of these cases and confirmed that while all work was voluntary and compensated appropriately, the interns did work overtime in violation of our policy." Foxconn said it has taken action to correct the situation and will review the internship program to ensure that it's in compliance and that the event "will not be repeated."

Apple said that the student overtime was voluntary but that it shouldn't have been permitted. The company said a team of specialists are on site at the facility working with management on systems to ensure appropriate standards are adhered to.

Promoted
Listen to the latest songs, only on JioSaavn.com
China Labor Watch's Qiang said there have been improvements in Shanghai factories that work on Apple products. The company requires factories in that city to buy social insurance for all workers, and it plans to put this in place for all factories it works with in China, he said. This type of insurance covers things like health care, work injuries and retirement.