The investors argued that Apple's electronic devices lack sufficient safeguards for a society that is increasingly reliant on cellphones. 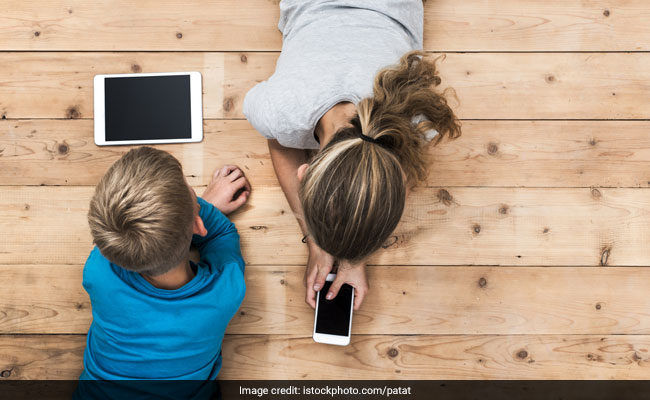 A slew of research has suggested a connection between smartphones and anxiety or depression.

Two major Apple shareholders are calling on the company to change how it approaches some of its youngest customers, alleging that the computing giant's products risk causing long-term physical or mental harm to children.

The shareholders, Jana Partners and the California State Teachers Retirement System, together control $2 billion worth of Apple stock. On Saturday, the two groups wrote a letter to Apple's board of directors arguing that the iPhone's tremendous popularity and success make it Apple's responsibility to ensure the devices are not abused.

Citing a number of recent studies that appeared to link cellphone overuse with feelings of addiction and other health issues, particularly among teens, the investors argued that Apple's electronic devices lack sufficient safeguards for a society that is increasingly reliant on cellphones.

"It would defy common sense to argue that this level of usage, by children whose brains are still developing, is not having at least some impact, or that the maker of such a powerful product has no role to play in helping parents to ensure it is being used optimally," the letter read.

An Apple spokesman didn't immediately respond to a request for comment on the letter.

A slew of research has suggested a connection between smartphones and anxiety or depression. One 2017 paper concluded that users who were suffering from those disorders may be more susceptible to what some call "smartphone addiction." Another found that young people who were "addicted" to cellphones showed an imbalance in brain chemicals correlated with more severe insomnia and impulsiveness.

While concerns about cellphones and their effect on brain function have circulated among the public for decades, the letter marks the first time a tech company's own shareholders have raised the alarm, policy analysts say, signaling the potential for a wider shift in the industry.

"This is a seminal moment for shareholders to speak to this," said Jim Steyer, the chief executive of Common Sense Media. The advocacy group has urged Americans not to use their devices at the dinner table with a public service campaign featuring Hollywood stars such as Will Ferrell and which is valued at $50 million in airtime. "This is a huge deal, and it's only going to get bigger."

The letter also comes as Silicon Valley faces a larger reckoning with the public. The tech industry has seen its fortunes turn remarkably quickly in the past year as Americans discovered the extent to which fake news, online harassment, sexual misconduct and other troubling problems have affected their personal lives and workplaces.

Saturday's letter from shareholders argued that adopting a more sensitive approach to children's well-being would be good for business. Apple could benefit financially, it said, by making its devices and software more attractive to consumers.

The shareholders also said that Apple's design choices force parents to make binary safety decisions, such as whether to enable or disable entire apps. A better alternative, some experts say, would be to allow a more flexible approach in which parents could decide how much of an app's content is accessible, or to create notifications that would remind parents to talk about screen use with their children.

On Apple's iOS, users have access to parental controls that are known as "restrictions." Restrictions can prevent a device from displaying certain apps, features and services, which the parent can specify. Other features, such as Guided Access, can help prevent children from straying from a particular app, while Ask to Buy requires an adult or other authorized person to approve app or in-app purchases.

Many digital safety experts draw a distinction between the devices that have grown ubiquitous in society and the digital apps or services that run atop them. In many cases, policy analysts reserve their strongest criticism for social networking companies such as Facebook and Twitter, who they say deliberately engineer their products to increase the amount of time and attention users devote to them.

The American Academy of Pediatrics has long held that children under the age of 2 should not be given any screen time and that older children's screen time should be closely regulated, said Stephen Balkam, the chief executive of the Family Online Safety Institute. That guidance was first developed in 1999. Since then it has changed some, but not much.

The medical community is less confident about using the word "addiction" to describe the overuse of the devices, Balkam said. While it may be tempting for consumers to reach for the word, it has strong clinical overtones that is not supported by the research.

"I would be extremely careful in using the word digital 'addiction,'" he said. "The medical profession has not declared this to be an addiction. Certainly the products and apps are very compelling. Yes, there is behavior you could describe as obsessive, both for kids and adults. But to describe it as an addiction is, quite frankly - it crosses a line."

(This story has not been edited by NDTV staff and is auto-generated from a syndicated feed.)
Comments
AppleApple shareholdersJana Partners