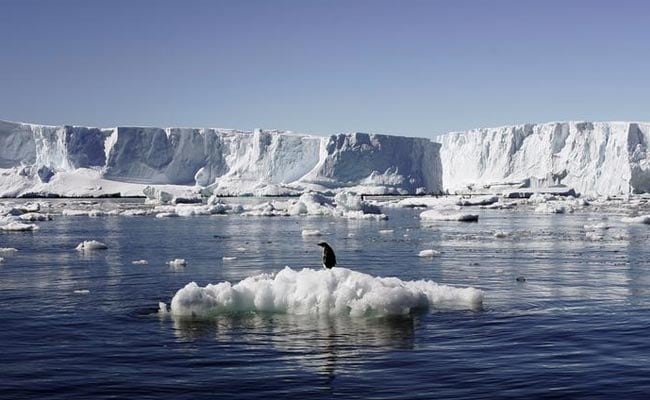 Creation of a vast marine sanctuary in Antarctica's "Last Ocean" inched closer at international talks as China for the first time backed the proposal. (Representational Image)

Sydney, Australia: Creation of a vast marine sanctuary in Antarctica's "Last Ocean" inched closer at international talks today as China for the first time backed the proposal, officials said, with Russia understood to be the last holdout.

Campaigners had hoped the Commission for the Conservation of Antarctic Marine Living Resources (CCAMLR) would approve two huge sanctuaries at its annual meeting in Australia, including one in the Ross Sea.

The Ross Sea is known as the "Last Ocean" because it is considered the last intact marine ecosystem on Earth, mostly untouched by pollution, over fishing and invasive species.

"And that's important because now only one country remains that isn't supportive and so we're closer. This is an important country to have gotten on board. So, for us, this is a pretty good result."

Both the Ross Sea proposal and an Australia-backed East Antarctic protected zone have been blocked four times so far at the annual CCAMLR meets, which require consensus from all 24 member countries and the European Union to progress.

"Of course our preference would be to establish it this year but we have a bit more work to do and we will set about doing it," Bloom said of the Ross Sea protected zone.

"We also welcome Russia's statement that it is open to working with members on the MPA ahead of the next CCAMLR meeting in 2016," McCully said in a statement.

CCAMLR a treaty tasked with overseeing conservation and sustainable exploitation of the Antarctic Ocean, also known as the Southern Ocean is due to wrap up its two-week meeting late today, with a decision expected on the fate of the two proposed MPAs.

Both have been on the table since 2011 and have undergone changes as members have debated their merits.

The current proposal for the Australia, France and EU-backed East Antarctica sanctuary is for a 1.0 million square kilometre zone over four areas with some fishing and research allowed as long as conservation values are met.

Environmentalists say the Southern Ocean is home to more than 10,000 unique species, including penguins, whales, seals and colossal squid, as well as being a region critical for scientific research.