Andrew Urdiales, 53, had a death sentence for the murders in Chicago commuted to life in prison, but is facing possible execution once more for the southern California crimes, commited between 1986 and 1995. 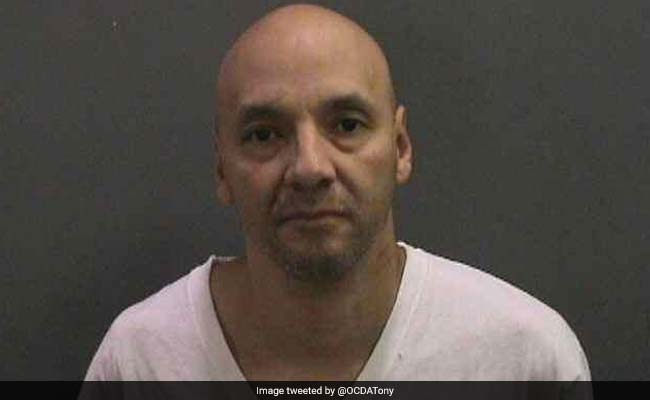 Los Angeles: A former US Marine jailed for the murders of three prostitutes was convicted Wednesday of killing five other women in California, in a grim spree that started three decades ago.

Andrew Urdiales, 53, had a death sentence for the murders in Chicago commuted to life in prison, but is facing possible execution once more for the southern California crimes, committed between 1986 and 1995.

Jurors in Santa Ana are expected to deliberate starting on Tuesday next week on the killer's punishment, with the death penalty and life without parole both possibilities.

Urdiales' attorneys claim childhood trauma and fetal alcohol spectrum disorder left him incapable of controlling his anger, meaning he did not plan the murders.

His victims ranged in age from 20 to 32, starting with 23-year-old student Robbin Brandley, who was found stabbed to death next to her car after a concert in Mission Viejo, Orange County.

"I've been waiting for it for 30 years. The jury did the right thing. They made the right decision," Brandley father, Jack Reilley, said after the verdicts were read.

Reilley added that he felt nothing for the defendant when he saw Urdiales on trial in Chicago, but changed his attitude when he saw crime-scene photos of his daughter during the trial in Santa Ana.

"I never hated anyone before," he told reporters outside the courthouse. "To me, he's just a mongrel dog and whatever happens to him, I don't care."

A defendant sentenced to death in California has a right to three lengthy and expensive stages of review, a complex appeals system and can petition the governor for clemency.

The California Commission on the Fair Administration of Justice reported in 2008 that the average time lapse between sentence pronouncement and execution was 17.2 years.

Reilley described his daughter as kind, generous and "a delight," adding that he was not counting on Urdiales ever being put to death for her murder.

Promoted
Listen to the latest songs, only on JioSaavn.com
Charles Erwin, the father of the youngest victim, Tammie Erwin, said his daughter was the "happiest person," who "always had a smile... and that's what got her in trouble."

(Except for the headline, this story has not been edited by NDTV staff and is published from a syndicated feed.)
Comments
Andrew UrdialesUS MarinesOrange County