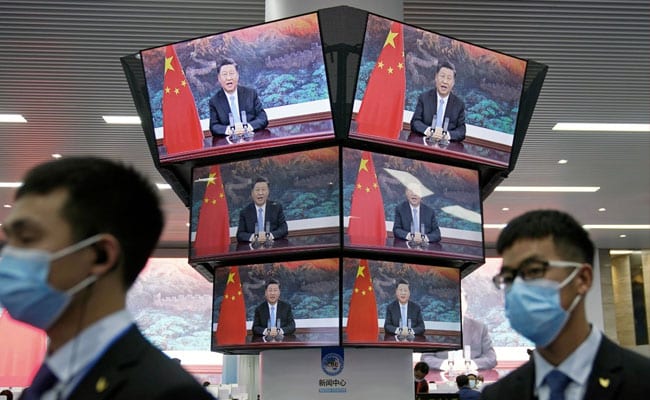 Many countries participating in the trade deal are wary of becoming too economically dependent on China.

Fifteen Asia-Pacific nations including China aim to clinch the world's largest free-trade agreement this weekend, the culmination of Beijing's decade-long quest for greater economic integration with a region that encompasses nearly a third of the global gross domestic product.

The Regional Comprehensive Economic Partnership, which includes countries stretching from Japan to Australia and New Zealand, aims to reduce tariffs, strengthen supply chains with common rules of origin, and codify new e-commerce rules. Its passage may disadvantage some U.S. companies and other multinationals outside the zone, particularly after President Donald Trump withdrew from talks on a separate Asia-Pacific trade deal formerly known as the Trans-Pacific Partnership.

Following the withdrawal of India from RCEP negotiations last year, the remaining 15 nations sought to announce the agreement by the end of this week's Asean Summit, which Vietnam is hosting virtually. Malaysia's Trade Minister Azmin Ali told reporters the deal would be signed on Sunday, calling it the culmination of "eight years of negotiating with blood, sweat and tears."

"The TPP was involved a lot more on fundamental changes in the economy, whereas RCEP is more like 'let's open the door in trade and focus on the bottom line,'" said Wellian Wiranto, an economist with Oversea-Chinese Banking Corp. "RCEP will be seen as more China centric, but I don't think it would be the same way as the TPP was U.S. centric."

The impact may extend beyond the region. The deal's advance illustrates how Trump's move to withdraw from the TPP -- now known as the Comprehensive and Progressive Agreement for Trans-Pacific Partnership -- has diminished America's ability to counterbalance China's economic clout with its neighbors. That challenge may soon shift to President-elect Joe Biden if, as expected, he's officially certified the winner of the Nov. 3 election.

The question of whether RCEP changes the regional dynamic in favor of China depends on the U.S. response, said William Reinsch, a trade official in the Clinton administration and senior adviser at the Center for Strategic and International Studies in Washington.

"If the U.S. continues to ignore or bully the countries there, the influence pendulum will swing toward China," Reinsch said. "If Biden has a credible plan to restore the U.S. presence and influence in the region, then the pendulum could swing back our way."

Even though RCEP isn't as far-reaching as the TPP, its implementation could make it harder for U.S. businesses to compete with a Chinese-backed partnership that encompasses 2.2 billion people with a combined GDP of about $26 trillion.

Still, many countries participating in the trade deal are also wary of becoming too economically dependent on China. Japan is among countries that have looked to reassess supply chains in China, and Beijing's move to effectively ban key Australian exports after its government called for an investigation into the origin of the coronavirus underscored the risk of relying too much on the world's second-biggest economy.

While it remains politically tricky for Biden to join the successor to the TPP, some analysts still see that as the best vehicle for the U.S. to deepen economic ties with the region.

"The choice for Biden is clear," said Mary Lovely, a Syracuse University economics professor. "Return the U.S. to the Trans-Pacific Partnership to ensure access for U.S. companies."

Several sticking points remained among RCEP nations even days before the signing. Vietnam's Deputy Foreign Minister Nguyen Quoc Dzung said during a briefing on Monday that the signing will depend on whether "internal procedures" of the participating nations are completed.

"There are still issues on RCEP," said Deborah Elms, founder and executive director of the Singapore-based Asian Trade Centre, whose firm consults with businesses trading across Asia and who is in frequent contact with officials across Asean, said last week. "The sticking points remain the same: an inability of some member pairs to finish the last details of the tariff schedules. These are negotiated bilaterally, especially for sensitive products."

Southeast Asia, which was forced to tackle the virus as it spread from China early this year, has seen an uneven recovery. The 10 countries vary greatly in their starting economic position, number and severity of successive outbreaks, ability and willingness to offer fiscal and monetary stimulus, lockdown timing and stringency, and concentration of hard-hit industries.

Thailand's GDP is among those set to be worse off in 2020, contracting by about 7.2% this year, while Vietnam is set to be a rare economy in the world to eke out growth.

India surprised participants late last year when it abandoned the China-backed trade agreement. At the time, Prime Minister Narendra Modi said he was guided by the impact it would have on the lives and livelihoods of all Indians, especially vulnerable sections of society. Despite its withdrawal, officials have said India could rejoin talks if it chooses to do so at a later date.

India's exit from the deal ended up removing one of the biggest impediments to the pact. In June, ministers of the RCEP countries reaffirmed their determination to sign the agreement as global trade, investment and supply chains face unprecedented challenges due to the Covid-19 pandemic.

"All big negotiations and even smaller ones come down to a crazy rush at the absolute last minute," Elms said. "Officials always hold out on their best and final offers until there is literally no time left for any other compromises."

--With assistance from Isabel Reynolds, Arys Aditya and Kevin Varley.

US Made Pakistan "A Slave" Without Invading It, Says Imran Khan: Report