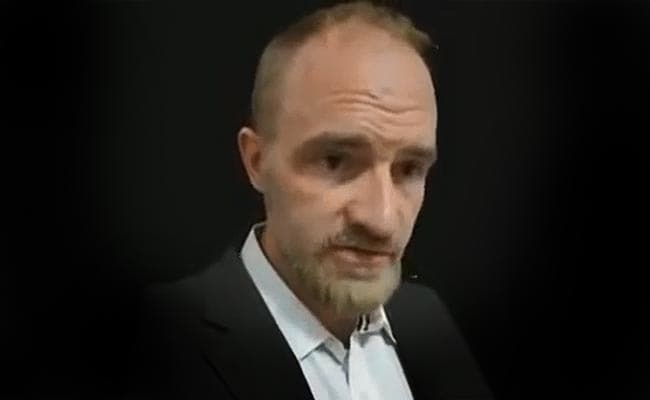 Writing from an online perch in Istanbul, he calls on Egyptians to start off-hour attacks against KFC restaurants, banks, mobile phone shops and other corporate outposts. He urges assaults on the military's commercial interests instead of its security checkpoints.

Nonviolent protests are worse than "futile," he says, just an opportunity "to get arrested or shot in an exercise in crowd control training for the police."

This Internet provocateur is an American convert to Islam, Shahid King Bolsen, a college dropout who speaks only rudimentary Arabic and has barely set foot in Egypt. He has nevertheless emerged as the unlikely apostle for a distinctive blend of anti-globalization sloganeering and Islamist politics that is fueling a new wave of violence against businesses across the country.

Although the attacks have mainly hit empty banks, stores and restaurants, they have killed two Cairenes so far. On Thursday alone, six bombs set off around greater Cairo injured at least nine others, including four policemen.

A 43-year-old native of Boulder, Colorado, Bolsen is the latest in a series of Westerners, including US citizens Anwar al-Awlaki and Samir Kahn of al-Qaida in the Arabian Peninsula, to turn up as propagandists for various forms of Islamist violence.

But what sets him apart, and helps explain the origins of his distinctive brand of anti-corporate Islamism, is his singular path, beginning with an adolescent zeal for social justice that he carried through his religious conversion. Along the way, he developed his ideas further in the solitude of a seven-year stint in prison for manslaughter in the United Arab Emirates, the result of a bizarre case involving allegations of sex for sale and an overdose of chloroform.

His popularity in Egypt despite his idiosyncratic profile is a measure of the growing frustration among many young Islamists at their apparent powerlessness after the military takeover that removed President Mohammed Morsi of the Muslim Brotherhood more than a year and a half ago, said Mokhtar Awad, a researcher at the Center for American Progress in Washington, who, along with a colleague, Samuel Tadros of the Hudson Institute, is preparing a study of Bolsen.

"There is a desperation to express anger and hit back at the current regime that is captured by one of the slogans he has popularized - 'Your business, our blood' - and it is symptomatic of the level of desperation that this almost absurd figure is able to seize on that opportunity," Awad said. "And it shows this creeping move away from aiming the violence only at the police and military side and toward civilian targets."

Bolsen, in a telephone interview Friday, said he had urged his followers to avoid harming civilians and never recommended the use of explosives.

"The idea is disruption without bloodshed," Bolsen said. "I condemn the loss of life and the use of violence against people," he said.

But, he added, if a few lives are lost to help prevent needless deaths at the hands of security forces, "sometimes it is a price to be paid."

Bolsen, who makes his living giving private English lessons, has reached his Egyptian audience entirely through Islamist websites, satellite television networks and social media. He appears on the Islamist website Qawim as the "chief analyst for the global anti-aggression campaign," and his Facebook page has more than 56,000 followers, most of them Egyptians gathered over the past several months.

Mixing Quranic verses with fusillades against "corporate crusaders," he argues that multinational corporations are both the real power behind the military takeover and also its greatest weak spot.

"The army has occupied Egypt on behalf of multinationals and foreign investors," he declared in a recent Facebook post.

"The revolutionaries can prove that collaboration with the coup is bad for business, " Bolsen wrote in another, urging "rebels" to prove they can "inflict serious disruption" to corporate profits.

Islamist activists leaning toward violence circulate his statements approvingly, and militant groups like the Popular Resistance Movement have cited his arguments as inspiration and justification as they have carried out dozens of small attacks on business storefronts.

The Popular Resistance Movement's chapter in Giza claimed responsibility for the six bombings Thursday in a statement punctuated with another one of Bolsen's favorite hashtags, #your_interests_are_threatened. Bolsen, in turn, often approvingly cites and links to news reports of the attacks.

After vandals hit a KFC franchise last month, he said the Vanguard Group, a mutual fund giant and a major shareholder in KFC's parent company, might be pressured to use its influence as an institutional shareholder to help push out Egypt's president, Abdel-Fattah el-Sissi.

"When you strike KFC, or any of their companies, your message goes directly to the top of the pyramid," Bolsen wrote Jan. 31. "If the investors who work through Vanguard alone are convinced that the coup cannot secure their capital, they easily have the power to demote Sissi from the presidency of Egypt, to washing dishes at KFC."

In the interview, Bolsen said he hoped to introduce ideas from the Western left into political Islam, and he said Islamists were trapped between the alternatives of nonviolent protests favored by the Muslim Brotherhood and the kind of militant insurgency favored by jihadis.

"It is a false dichotomy to choose between nonviolence that is really one-sided violence by the security forces, or civil war," he said.

Some Islamists who pay attention to Bolsen acknowledged his influence but questioned his wisdom.

"I'm not certain how he's so confident he can evade prosecution as he advises people on vehicle delivery times and routes," one Islamist said, speaking on the condition of anonymity.

In online videos, he appears a gaunt, bookish figure with a pointed beard and bald head who often appears with his glasses shoved above his forehead.

Bolsen was born a freckled red head, named Shannon Morris, and baptized as a Catholic. He converted to Islam in his early 20s, and he adopted the middle name "King," after Martin Luther King, and his mother's maiden name, Bolsen, to become Shahid King Bolsen. He studied political science at Metropolitan State University in Denver but dropped out before graduating.

"I am mostly self-taught," he said.

After a few years working as a journalist for the Rocky Mountain News, he moved with his wife and their children to Dubai to open an Internet cafe there.

"Shahid went to the UAE thinking this would be a utopian Islamic state," his mother, Linda, told The National, a newspaper based in the United Arab Emirates, but he quickly soured on the consumerist culture.

"He was so critical of the way people were being treated and felt so hopeless," his mother told the newspaper. "He just wrote and wrote."

The family's life in Dubai came to an end three years later in a lurid scandal. Prosecutors later accused Bolsen of posting a picture of the family's Ethiopian maid on the Internet in order to lure a German businessman, Martin Herbert Steiner, 48, with offers of sex.

They met at Bolsen's home and, in the interview, Bolsen said he had sought to persuade Steiner to change his ways.

"He was soliciting illicit sex with Muslim women in the United Arab Emirates, and I was trying to convince him that this was dangerous," Bolsen said.

Steiner was drunk and tried to force himself on the maid, Bolsen said.

"We fought, and I unfortunately caused his death," he said.
The cause of death was an overdose of chloroform, which Bolsen told the court he kept in the house to fight insomnia but had used to try to sedate Steiner. After the killing, Bolsen stuffed the body in a suitcase, disposed of it by a desert highway and was arrested as he tried to fly to Oman, he acknowledged.

Bolsen was initially convicted of murder and sentenced to death by an Emirati court. But after two appeals of lower court convictions, his crime was reduced to manslaughter, and he was allowed to pay "compensation" to the family of the victim to win his release in 2013.

Promoted
Listen to the latest songs, only on JioSaavn.com
These days, he focuses much of his attention on urging sabotage against participants in an investment conference scheduled for next month, a centerpiece of Sissi's plans for the economy.

As the conference approaches, Bolsen wrote in a recent Facebook post, "it will become more important for rebels to inflict real financial losses on the multinationals and foreign investors."
© 2015, The New York Times News Service

Prince Philip: 3 Royal Visits To India And A Tiger Controversy