His death came as more than 200 climbers were heading towards the summit on both sides of Everest Wednesday as the weather cleared, with complaints of a traffic jam close to the top. 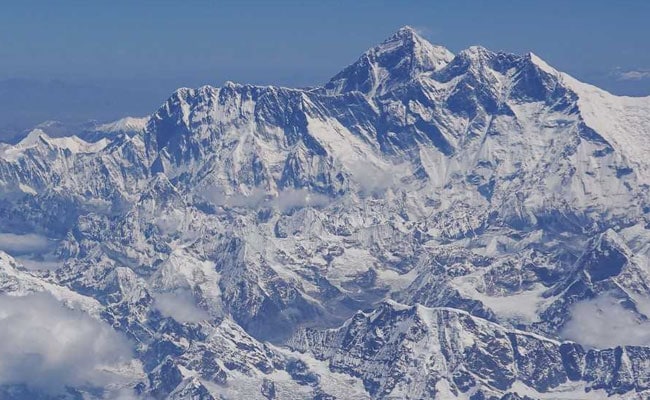 It is the third fatality on Everest this season, after an Indian climber died last week.

An American has died on Everest, his expedition organiser said Thursday, as a rush of climbers marked one of the busiest days on the world's highest mountain. Donald Lynn Cash, 55, collapsed at the summit of the 8,848-metre (29,029-foot) peak on Wednesday as he was taking photographs. "Our two Sherpas helped him gain consciousness but he died close to the Hilary Step as they were bringing him back," Pasang Tenje Sherpa of Pioneer Adventure told AFP.

His death came as more than 200 climbers were heading towards the summit on both sides of Everest Wednesday as the weather cleared, with complaints of a traffic jam close to the top.

"We don't have the exact number of summits yet, but it has been a very busy day. Teams have complained of having to wait two or more hours to reach the top," said Gyanendra Shrestha, a government liaison officer stationed at base camp.

It is the third fatality on Everest this season, after an Indian climber died last week and an Irish mountaineer is presumed dead after he slipped and fell close to the summit.

Mountaineering in Nepal has become a lucrative business since Edmund Hillary and Tenzing Norgay made the first ascent of Everest in 1953.

The Himalayan nation has issued a record 381 permits costing $11,000 each for this year's spring climbing season, sparking fears of bottlenecks en route to the summit if poor weather cuts down the number of climbing days.

Most Everest hopefuls are escorted by a Nepali guide, meaning more than 750 climbers will tread the same path to the top in the coming weeks.

And at least 140 others have been granted permits to scale Everest from the northern flank in Tibet, according to expedition operators. This could take the total past last year's record of 807 people reaching the summit.

Many Himalayan mountains -- including Everest -- are at peak climbing season, with the window of good weather between late April and the end of May.

At least six other foreign climbers have died on other 8,000-metre Himalayan peaks while two are missing.

(Except for the headline, this story has not been edited by NDTV staff and is published from a syndicated feed.)
Comments
WorldNepal