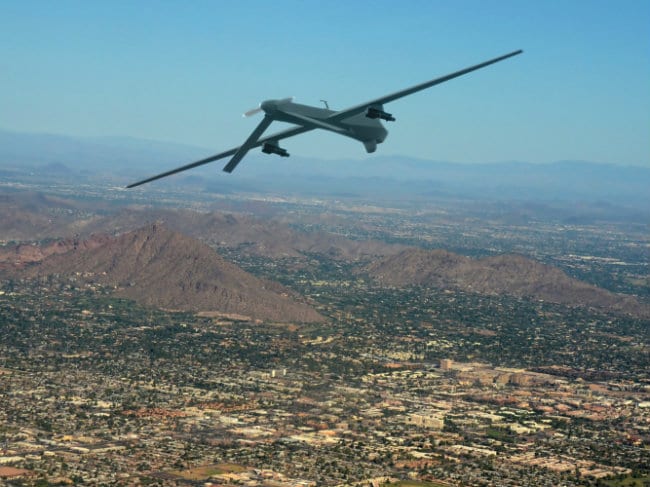 London: A student in the Netherlands has developed an 'ambulance drone' fitted with defibrillator that can reach heart attack victims within minutes, and potentially help save thousands of lives.

The 4kg drone, created by graduate student Alec Momont, can fly at an estimated speed of 100 kilometres per hour.

A network of such drones could significantly increase the chance of survival following a cardiac arrest: from 8 per cent to 80 per cent, researchers said.

Momont from Delft University of Technology's Faculty of Industrial Design Engineering designed his prototype for an ambulance drone together as part of his graduation programme.

When the emergency services receive a cardiac arrest call, this unmanned, autonomously navigating airplane can quickly deliver a defibrillator to the emergency scene.

Through a live-stream video and audio connection, the drone can also provide direct feedback to the emergency services and the people on site can be instructed on how to treat the patient.

The drone finds the patient's location via the caller's mobile phone signal and makes its way there using Global Positioning System (GPS).

"It is essential that the right medical care is provided within the first few minutes of a cardiac arrest," said Momont.

"If we can get to an emergency scene faster we can save many lives and facilitate the recovery of many patients. This especially applies to emergencies such as heart failure, drownings, traumas and respiratory problems. It has become possible because of life-saving technologies, such as a defibrillator which can now be designed small enough to be transported by a drone," Momont said.

Momont set to work and designed a new type of drone: a compact flying 'medical toolbox', which carries essential medical equipment that anybody can use. This first prototype has been designed to transport a defibrillator.

"Some 800,000 people suffer a cardiac arrest in the EU every year, and only 8 per cent survive," Momont said.

"The main reason for this is the relatively long response time of the emergency services (approx 10 minutes), while brain death and fatalities occur within 4 to 6 minutes," said Momont.

Promoted
Listen to the latest songs, only on JioSaavn.com
The ambulance drone can get a defibrillator to a patient inside a 12 square kilometre zone within one minute.

"The costs should not be an issue; I have calculated these at approximately 15,000 euros per drone, which is clearly a reasonable amount if you consider the number of lives that could be saved," said Momont.