All nations spy on each other, says Barack Obama as Edward Snowden troubles pile up 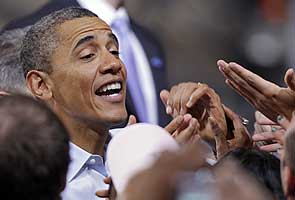 Washington: Amid reports that the US did not spare even its allies and friends like India from its spying operations, President Barack Obama has responded that all nations collect intelligence on each other.

"I guarantee you that in European capitals, there are people who are interested in, if not what I had for breakfast, at least what my talking points might be should I end up meeting with their leaders," Obama was quoted as saying by CNN.

"That is how intelligence services operate," he said at a news conference in Tanzania in response to questions about the latest embarrassing leaks by former National Security Agency (NSA) contractor turned whistle blower Edward Snowden.

Promoted
Listen to the latest songs, only on JioSaavn.com
Obama suggested such spying was commonplace, but sought to distinguish between what he portrayed as normal intelligence-gathering and the specific anti-terrorism programmes disclosed by Snowden's earlier leaks to The Guardian newspaper in London and the Washington Post.

The president said he needed more information on the specific programmes cited in a Der Spiegel report that Snowden had detailed NSA bugging of European Union offices in Washington and New York, as well as an "electronic eavesdropping operation" that tapped into an EU building in Brussels.
Comments
Edward SnowdenUS spying