Alabama Man Dies After Being Pepper Sprayed by Police 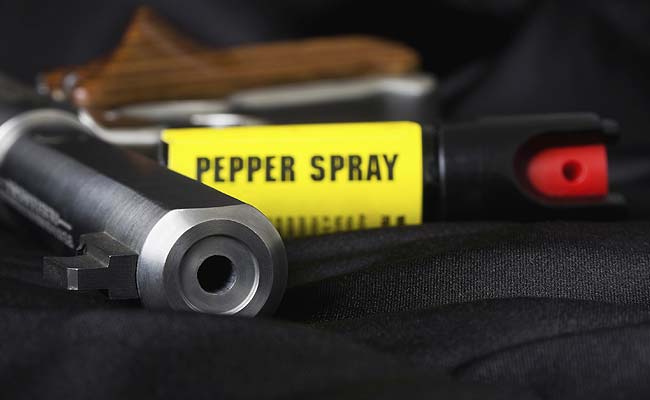 Washington: A suspect in Alabama died after he was arrested and pepper sprayed, police said, the latest in a string of African-American deaths at the hands of police.

A resident in Tuscaloosa called police on Friday about a man who appeared to be armed and was sitting on a neighbour's front porch.

The man, whom CNN identified as Anthony Dewayne Ware, 35, tried to resist arrest, according to a Tuscaloosa police statement on Saturday.

'The suspect fled from the porch into the nearby woods. Officers chased the suspect into the woods and when the officers caught up to the suspect he resisted arrest,' the statement said.

At that point, police said they used oleoresin capsicum more commonly known as pepper spray and handcuffed him.

'While walking out of the woods the suspect collapsed. Officers evaluated his condition and began CPR and called for medical personnel to respond on an emergency status,' police said.

Ware was taken to hospital, where he died late on Friday.

Tuscaloosa police said an investigation has been launched to determine how Ware died. The probe will included investigators from outside the police force.

He is the latest black suspect to die in police custody in the United States, where protests have erupted over alleged police discrimination and use of excessive force.

The death of Freddie Gray, who succumbed to severe spinal injuries after he was arrested in Baltimore in April, sparked the latest wave of sometimes violent protests and calls for widespread police reform.

US President Barack Obama has urged Americans to address the root causes of racially charged unrest, including police actions, and has said recent incidents 'raise troubling questions' about the policing of black communities.