Gov. Kay Ivey joins the ever-growing collection of white politicians to face scrutiny and scorn for their minstrel show-inspired caricatures of black people. 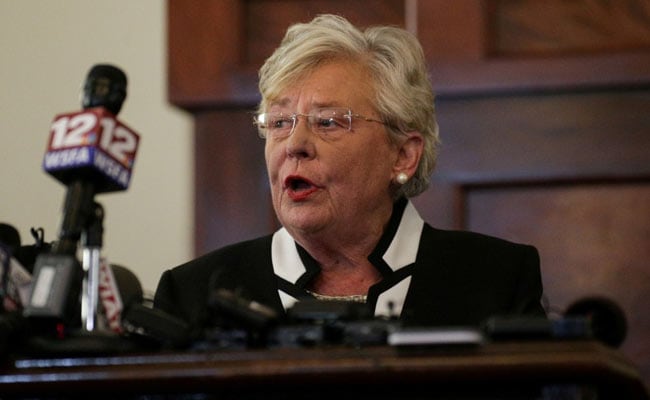 Alabama Governor Kay Ivey apologises for participating in blackface for a college skit.

The skit was called "Cigar Butts," and a couple of the university students who starred in it thought the performance was hilarious.

Then an Auburn University senior, Ben LaRavia recounted the act on a campus radio show. It was 1967, at a Baptist Student Union party, and he was there with his fiancee at the time: now his ex-wife and Alabama's Gov. Kay Ivey.

" 'Cigar butts,' " LaRavia said, involved "crawling around on the floor looking for cigar butts and things like this, which certainly got a big reaction out of the audience."

LaRavia, chortling as he described Ivey's outfit, said she wore blue coveralls, "and she had put some black paint all over her face."

"That was just my role for the evening," Ivey says later in the interview.

Fifty-two years later, Ivey, a Republican, is one of the state's most powerful politicians, and on Thursday she apologized for participating in the racist skit while dodging calls for her resignation.

The Alabama governor joins the ever-growing collection of white politicians - from the North and from the South, from areas urban and rural, and from the Democratic and Republican parties - to face scrutiny and scorn for their minstrel show-inspired caricatures of black people.

"I offer my heartfelt apologies for the pain and embarrassment this causes, and I will do all I can - going forward - to help show the nation that the Alabama of today is a far cry from the Alabama of the 1960s," Ivey said in a statement. "We have come a long way, for sure, but we still have a long way to go."

She said she doesn't recall the skit or the interview, even after listening to the tape. Ivey's press secretary, Gina Maiola, told The Washington Post that the Auburn University Library discovered the recording during its ongoing effort to digitize old audio. A university representative told the governor's office on Tuesday evening, and Ivey listened to it Wednesday morning.

"While some may attempt to excuse this as acceptable behavior for a college student during the mid-1960s, that is not who I am today, and it is not what my administration represents all these years later," said Ivey, 74.

"Her words of apology ring hollow if not met with real action to bridge the racial divide," Sewell said on Twitter.

In dueling public statements, local Republicans defended Ivey and praised her for taking responsibility for her actions, and a number of officials across the aisle said they accepted her apology. But other Alabama Democrats called for her to step down.

"She should resign," state Rep. Juandalynn Givan told the Birmingham News. "I don't think she should have been elected, and I think she is a racist."

"I don't care if it was 52 years ago or yesterday," said Givan, a Democrat. "She is the governor of the state of Alabama, which is still considered one of the most racist states in the U.S."

But Maiola told The Post that Ivey wouldn't resign, because her "commitment to serve the state is unchanged and unwavering."

Earlier this year, a 1984 photo in Virginia Gov. Ralph Northam's medical school yearbook page resurfaced, beginning a national outcry that shed new light on the racist past of Northam and the scores of other politicians who for years have emerged from similar scandals relatively unscathed.

Northam's photo featured two men posing, one in blackface and another in Ku Klux Klan robes. The governor, a Democrat, initially apologized for the image, but then backtracked and has since insisted that he is not either of the people pictured. He late admitted to wearing blackface at a different time to impersonate Michael Jackson. Northam survived calls from members of both parties to resign.

Then, Virginia Attorney General Mark Herring, a Democrat, also admitted to appearing in blackface as a student in the 1980s.

In Florida this year, photographs of two state politicians in blackface have circulated; one official resigned.

In Mississippi, the Democratic and Republican candidates for governor have been questioned about their association with college fraternities where students routinely donned blackface and dressed up as slaves and Confederate soldiers.

Both candidates have said they don't appear in the racist yearbook photos with their Greek life compatriots.

Ivey's own controversy also began in the pages of Auburn's yearbook.

The Auburn Plainsman, the university's student newspaper, reviewed more than two dozen old copies of the Glomerata yearbook in February and found a picture of five women in blackface on Alpha Gamma Delta's page in 1967, when Ivey was a senior and a member of the sorority.

The photo shows the women wearing black masks and shirts with caricatures of black people on the pockets. The caption reads, "Alpha Gam Minstrels welcome rushees aboard their showboat."

Ivey's spokesman Daniel Sparkman told the Plainsman that Ivey "knows nothing about the page in the first place, and she does not appear on that page."

At the time, Ivey was vice president of the student government and was president of her pledge class in 1964. However, Sparkman said, "after that time, she remained a member, but she took no further roles in the sorority because her focus shifted during her freshman year to SGA activities."