Al Qaeda in Yemen offers bounty for US ambassador 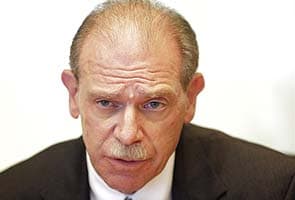 US Ambassador to Yemen Gerald Feierstein speaks during an interview in New York.

Dubai: The Yemen-based branch of Al Qaeda has offered a bounty for anyone who kills the US ambassador to Yemen or an American soldier in the impoverished Arab state, a group that monitors Islamist websites said.

Al Qaeda in the Arabian Peninsula (AQAP) said it was offering three kilograms of gold for the killing of the US ambassador in Sanaa, Gerald Feierstein, the US-based SITE Intelligence Group said, citing an audio released by militants.

AQAP will also pay 5 million rials to whoever kills any American soldier in Yemen, it said.

The offer, valid for six months, was made "to encourage our Muslim Ummah (nation), and to expand the circle of the jihad (holy war) by the masses," SITE said, citing the audio.

AQAP, mostly militants from Yemen and Saudi Arabia, is regarded by the United States as the most dangerous branch of the network founded by Osama bin Laden.

In September, AQAP urged Muslims to step up protests and kill US diplomats in Muslim countries over a film denigrating the Prophet Mohammad, which it said was another chapter in the "crusader wars" against Islam.

The film provoked an outcry among Muslims, who deem any depiction of the Prophet as blasphemous and triggered violent attacks on embassies in countries in Asia and the Middle East.

Four U.S. officials including the ambassador to Libya were killed in the aftermath. The Pentagon said it had sent a platoon of Marines to Yemen after demonstrators stormed the US Embassy in Sanaa.

A US ally, Yemen is struggling against challenges on many fronts since mass protests forced veteran leader Ali Abdullah Saleh to step down in February after decades in power.

Washington, which has pursued a campaign of assassination by drone and missile against suspected Al Qaeda members, backed a military offensive in May to recapture areas of Abyan province. But militants have struck back with a series of bombings and killings.