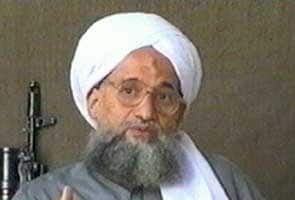 Al Qaeda's leader has rejected the notion of nation states and any United Nations role in arbitrating solutions to conflict - long the pillars of international order - in a document outlining how Muslims should run their affairs.

The statement by Ayman al-Zawahri, entitled "Supporting Islam" and posted by the jihadi militants' publishing arm on an Islamist website, also calls for the re-establishment of the medieval Islamic Caliphate to unite Muslims.

While the document's proposals resembled the teachings of Osama bin Laden, the late founder of the Islamist militant group, Zawahri appeared intent on providing his own views on how Muslims should shape their public life.

He urged Muslims to use sharia (Islamic law) to resolve disputes and "refuse judgment by any other principles, beliefs and laws", including the United Nations.

The world body, he said, was controlled by the five permanent members of its Security Council - big powers the United States, China, Russia, Britain and France.

Zawahri called on Muslims to work to set up a caliphate that "does not recognise nation state, national links or the borders imposed by the occupiers, but establishes a rightly guided caliphate following in the footsteps of the Prophet Mohammad.

"These are the objectives of the Document of Supporting Islam, and we call on all those who believe in them to call for them, support them and try to spread them in every way possible among the people of the nation," he said.

The caliphate was a political institution founded after the seventh-century death of the Prophet Mohammad that administered vast empires formed after the Arab conquests of the Middle East, North Africa, Iberia and western Asia.

Al Qaeda has waged war on unpopular Arab dynasties and their Western supporters over the past decade, with militants carrying out suicide and ambush attacks on government installations and leaders and others they brand as "infidels" and "crusaders".

But Arab Spring popular uprisings have left al Qaeda on the sidelines, looking increasingly irrelevant. Largely peaceful mass revolts led mainly by secular and mainstream Islamist protesters have forced out dictators in Egypt, Tunisia, Libya and Yemen, and an armed insurgency rages on in Syria.

Zawahri also urged Muslims to work together to liberate what he called Muslim lands from occupiers, rejecting any deal that gives what he called infidels the right to control Muslim lands - an apparent reference to Egypt's 1979 peace deal with Israel.

He said these included what he referred to as British Mandate Palestine - the present day Israel and the Palestinian territories as well as Russia's Chechnya and other parts of the Caucasus region, Kashmir, the Spanish-ruled North African enclaves of Ceuta and Melilla claimed by Morocco, and East Turkestan in China's northwestern Xinjiang region.

The authenticity of the statement could not be verified. But it was posted on a website that has often released statements by Zawahri since he took over after bin Laden was killed by U.S. commandos in a raid on his Pakistan hideout last year.