Mr Khan and his entourage left New York at around 2 pm (local time) and were enroute to Jeddah on a Saudi Airlines' flight. 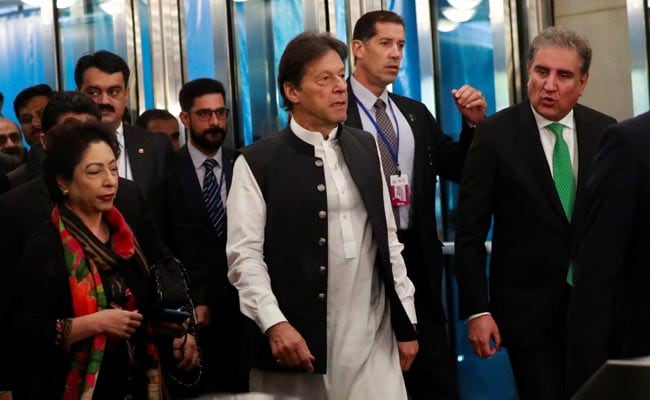 Pakistan Prime Minister Imran Khan on Saturday departed for home on a commercial aircraft as the special jet given to him by the Saudi Arabian government developed a technical glitch within minutes after it took off from New York's JFK International Airport.

Mr Khan and his entourage left New York at around 2 pm (local time) and were enroute to Jeddah on a Saudi Airlines' flight. The plane is will make a technical halt in Jeddah on Sunday at around 8:40 am, The Dawn reported.

After a brief stopover in Jeddah, Mr Khan is expected to reach Pakistan on Sunday evening.

On Friday evening, Mr Khan and his delegation had departed from the New York airport. However, the aircraft turned back and made an emergency landing at the airport after it developed a technical snag.

Pakistan's envoy to the United Nations (UN) Maleeha Lodhi, who had earlier seen off Mr Khan, rushed back to the airport.

Mr Khan and his entourage waited at the airport for some time as technicians were trying to fix the fault. However, the technicians informed the prime minister that it would take time and the problem could be rectified only by Saturday morning.

Ms Lodhi, meanwhile, had escorted Mr Khan back to the Roosevelt Hotel in the city, where he was staying during his week-long visit to the US for attending the 74th session of the UN General Assembly (UNGA).

The officials had earlier said that if the plane is not fixed by Saturday morning, Mr Khan would take a commercial flight back to Pakistan.

On Friday, Mr Khan had delivered his maiden speech at the UNGA, which exceeded the allotted time limit of around 15 to 20 minutes.