Volunteers lived in the sealed lab called 'Lunar Palace' to simulate a long-term space mission with no input from the outside world. 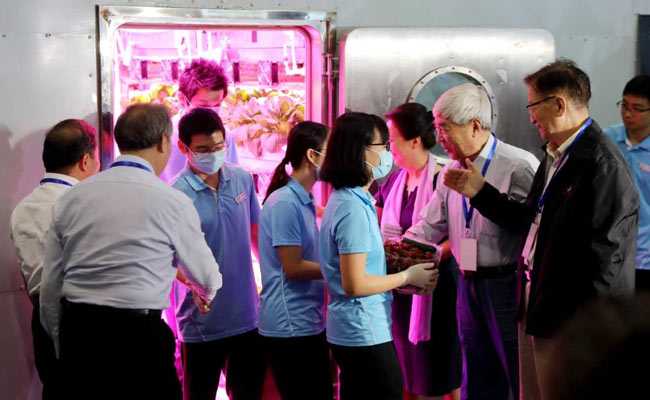 Beijing, China: A group of Chinese volunteers has emerged from 110 days of isolation in a virtual "lunar lab", state media reported Tuesday, as the country pursues its ambition to put people on the moon.

The official Xinhua news service streamed images on its website of the would-be astronauts emerging from their temporary home, a self-contained environment simulating conditions which future explorers will face on the moon's surface.

In the video, students wearing masks and blue tennis shirts emerge from the pod carrying baskets of fruit and vegetables, including carrots and strawberries, grown inside the module.

It was the group's second stay in the 160-square-metre (1,720-square-foot) "Yuegong-1" -- Lunar Palace -- on the campus of Beihang University, following a 60-day sojourn earlier. 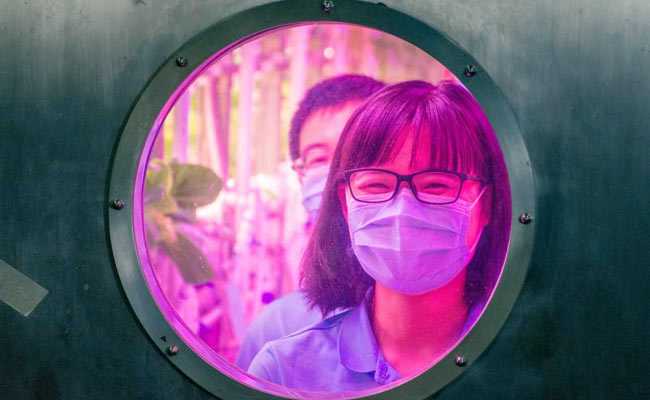 In between, a second group of four students spent 200 consecutive days in the facility.

The volunteers lived in the sealed lab to simulate a long-term space mission with no input from the outside world.

The facility treats human waste with a bio-fermentation process, and volunteers grew experimental crops and vegetables with the help of food and waste byproducts.

The "Lunar Palace" has two plant cultivation modules and an accommodation cabin: 42 square metres containing four sleeping cubicles, a common room, a bathroom, a waste-treatment room and a room for raising animals.

China does not expect to land its first astronauts on the moon for at least another decade. But the project seeks to help it prepare explorers for longer stays on the surface.

Promoted
Listen to the latest songs, only on JioSaavn.com
China is pouring billions into its military-run space programme, with hopes of having a crewed outpost by 2022.