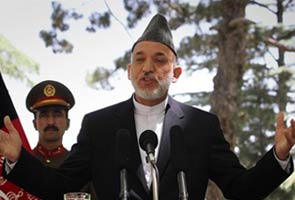 Kabul: Afghanistan will hold its next Presidential election on April 5, 2014, the Election Commission announced on Wednesday.

Promoted
Listen to the latest songs, only on JioSaavn.com
President Hamid Karzai, who is constitutionally barred from seeking a third term, had denied speculation that security problems and the exit of foreign troops that year would delay the poll.

The credibility of the vote will be vital to the security and stability of Afghanistan after the final foreign combat troops have left by the end of 2014. Mr Karzai's re-election in 2009 was blighted by allegations of fraud.
© Thomson Reuters 2012
Comments
Afghanistan Presidential polls