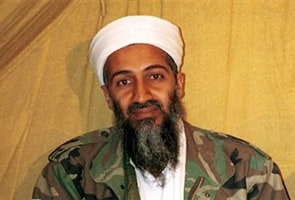 London: World's most-wanted terrorist Osama bin Laden escaped US and British forces, closing in on his cave-haven hacked into the mountainside, with the help of a Pakistani warlord who provided guides to take him to safety in northeastern Afghanistan.

The Al-Qaida supremo's successful flight from Tora Bora mountains in Jalalabad in eastern Afghanistan has long been seen as one of the key early lapses of the international military effort in Afghanistan and though various theories have floated, no firm account of how bin Laden evaded the US forces has yet emerged.

The new details about the escape have emerged from interrogation reports of the Guantanamo Bay detainees and one account claims that local Pakistani militant commander Maulvi Noor Mohammad aided bin Laden's escape.

The Guardian newspaper said that in documents obtained by it, Mohammad provided 40-50 fighters to escort a trapped bin Laden and his deputy Ayman al Zawahiri to safety following intervention of a senior Al-Qaida commander known as Abu Torab in mid-December 2001.

But Guardian said corroboration of the account was difficult to obtain as Mohammad was reportedly shot dead by unknown gunmen in the militancy hotbed of Miramshah in Pakistan's North Waziristan tribal agency.

Three weeks after capturing Kabul in December 2001, US forces launched an operation to kill or capture the alleged mastermind of the 9/11 attacks.

More than 100 western Special Forces backed by thousands of Afghans closed in on the targets after 10 days of intense fighting.

Previously, it was said that bin Laden escaped south from Tora Bora into Pakistan. However, in two accounts from Guantanamo Bay detainees, bin Laden and Zawahiri slipped through the lines of coalition forces and headed north to a safe house of an Afghan sympathiser called Awal Malim Gul near the city of Jalalabad.

The duo rested there before travelling further on horseback into the remote province of Kunar, where they were to remain for 10 months.

If true, the new account to emerge is the most detailed on the moments of the Al-Qaida leadership after the 2000 campaign in Afghanistan.

It pictures a dismal state of affairs in which Al-Qaida chief was in as he had to borrow USD 7,000 from a local.

The account says that bin Laden made his escape in a hurry leaving most of his bodyguards on the mountains.

Promoted
Listen to the latest songs, only on JioSaavn.com
The two - bin Laden and Zawahiri - separated after the Tora Bora incident.

While there has been no sighting reported of bin Laden, Zawahiri has been reported to be sighted in Karachi and Pakistan's tribal belt.