Some people are unhappy Aarron Loggins performance of the national anthem was not televised. 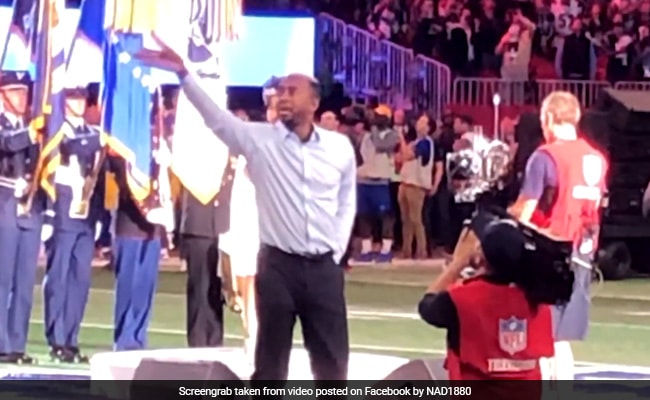 A video of Aarron Loggins' performance has been shared by nearly 23,000 people

The rousing patriotic songs - "The Star-Spangled Banner" and "America the Beautiful" - performed before Sunday's Super Bowl LIII in Atlanta were cheered by the pumped-up crowd in the stadium and seen in homes around the world.

But what the television audience did not see was another performance happening right next to the singers on the field - Washington D.C. resident Aarron Loggins doing a theatrical, and quickly viral, sign-language interpretation of the songs.

A video of his performance, posted by the National Association of the Deaf on Facebook, has been viewed more than 1 million times and shared by nearly 23,000 people. Many of them gushed over Loggins, who is deaf.

(Except for the headline, this story has not been edited by NDTV staff and is published from a syndicated feed.)
Comments
Super BowlAarron LogginsNational Association of the Deaf