A Year of Crisis in Ukraine 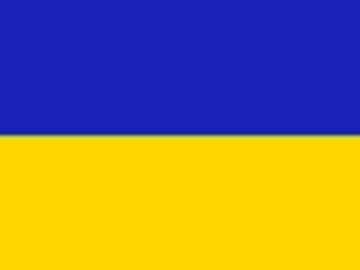 Kiev: Ukraine's worst political crisis since its independence in 1991 has witnessed a full year of bloody turmoil.

Here are key dates of a conflict that has already seen Russia seize a chunk of its western neighbour's territory and sparked the worst standoff in East-West relations since the Cold War:

November 21: Ukraine's Kremlin-backed government suspends talks on an association agreement with the European Union in favour of closer ties with Moscow.

February 18-20: Bloodshed erupts, with a failed crackdown by authorities on the protests killing over 100 people.

February 22: President Viktor Yanukovych, accused of ordering the police to open fire on civilians, flees to Russia and is ousted by parliament.

March 1: Russian troops and pro-Moscow forces seize ports and cities in the Black Sea peninsula of Crimea in the subsequent few weeks.

March 16: Crimean residents, mostly Russian speakers, vote to join Russia in a referendum that Kiev and the West do not recognise.

April 13: Kiev announces the launch of an "anti-terrorist" operation in the east.

May 11: Voters call for independence in referendums in Lugansk and Donetsk, rejected as illegitimate by Kiev and the West.

May 25: Ukraine's presidential election is won by Petro Poroshenko.

June 27: The EU and Ukraine sign the association agreement whose rejection had sparked the initial unrest.

July 29: The EU and the United States broaden sanctions on Russia.

August 7: Russia bans most US and EU food imports in reprisal.

August 25: Rebels mount a counter-offensive in the southeast, reportedly backed by Russian troops and heavy weapons.

Promoted
Listen to the latest songs, only on JioSaavn.com
October 26: Pro-West parties win big in a general election that was boycotted in the east.

November 2: Separatists in eastern Ukraine vote in Russian-backed leadership elections that Kiev and the West refuse to recognise.

November 15: Putin receives an icy reception at the G20 summit in the Australian city of Brisbane and leaves early.