Mira Ricardel became angry that seats on the first lady's government jet were assigned to a larger-than-usual security entourage. 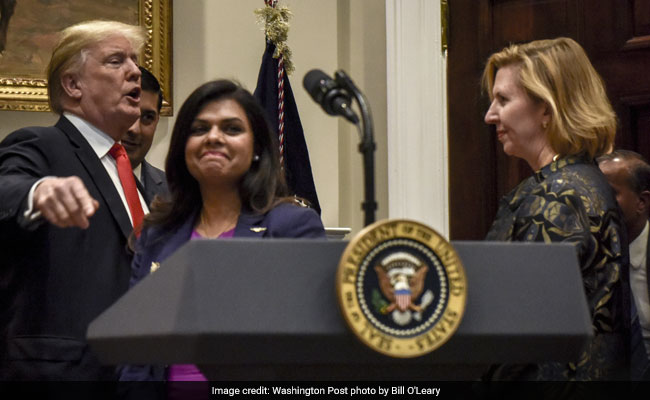 A transoceanic personnel crisis that engulfed the National Security Council this week is partly rooted in a bureaucratic dispute over the seating arrangements aboard first lady Melania Trump's plane to Africa last month during her maiden solo trip abroad.

As the East Wing prepared the flight manifest for the marquee trip, deputy national security adviser Mira Ricardel became angry that seats on the first lady's government jet were assigned to a larger-than-usual security entourage and a small press corps with none for Ricardel or another NSC staffer, according to current U.S. officals and others familiar with the trip and its aftermath.

Policy experts from the NSC and State Department were advised to fly separately and to meet the first lady's party on the ground, a practice the State Department had often used, but Ricardel objected strenuously, those people said. She threatened to revoke NSC resources associated with the trip, meaning no policy staff would advise the first lady during her visits to Ghana, Kenya, Malawi and Egypt.

Bad blood between Ricardel and Melania Trump and her staff continued for weeks after the trip, with the first lady privately arguing that the NSC's No. 2 official was a corrosive influence in the White House and should be dismissed. But national security adviser John Bolton rebuffed the first lady and protected his deputy, prompting the first lady's spokeswoman, Stephanie Grisham, to issue an extraordinary statement to reporters Tuesday effectively calling for Ricardel's firing.

"It is the position of the Office of the first lady that she no longer deserves the honor of serving in this White House," Grisham said of Ricardel in the statement.

"Mira Ricardel will continue to support the President as she departs the White House to transition to a new role within the Administration," she said in a statement.

An NSC spokesman declined to elaborate.

The first lady's decision to publicly advocate for the ouster of a senior member of her husband's staff shows a new willingness on her part to weigh in on White House operations and marks a change from earlier in the Trump administration, when she repeatedly played down her role as an adviser to the president. 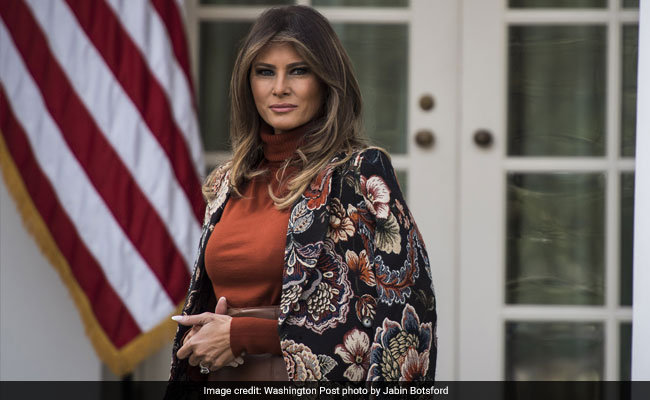 Melania Trump seen at the 2017 turkey pardoning ceremony at the White House.

Anita McBride, who was chief of staff to first lady Laura Bush, says Melania Trump's move was a dramatic show of power.

"If anyone had questions about her willingness to exert her influence, they got their answer," she said.

Ricardel's dismissal also serves as a rebuke of Bolton, known for his sharp elbows and ability to navigate internal tensions, who refused for weeks to fire his hand-picked deputy and worked in the past day to protect her.

Soon after the first lady's office issued its statement Tuesday, surprised senior White House aides walked to Ricardel's office to see whether she was still there. She was, albeit confused.

Bolton, who was awakened in Asia in the middle of the night and told of the dustup, was soon on the phone, telling Ricardel to remain at her post, three administration officials said.

The White House was trying to find a soft landing place for Ricardel, but agencies including the Commerce Department, where she worked in the first year of the Trump administration, are hesitant to take her on because of her reputation, two senior administration officials said.

The first lady's statement came after months of tension in the White House over Ricardel's abrasive interactions with staffers in both the East Wing and the West Wing, according to several current and former staffers.

Melania Trump and Ricardel have never met, according to people familiar with each of them. But the first lady viewed the conservative operative, who was among the most senior women in the West Wing, as a toxic influence in the White House, to the point that she spoke to Trump about Ricardel after the Africa trip and authorized others to spread the word that Ricardel had overstepped the mark, several people familiar with recent events said.

A senior White House official said the first lady believed Ricardel was spreading false rumors about her office, including a misleading story that aides had arranged a $10,000 hotel stay in Egypt. Other White House aides said Ricardel belittled underlings, shouted at professional staff and was the most disliked aide in the West Wing.

While the first lady's public statement came as a surprise to many, including in the White House, Paolo Zampolli, a longtime friend of the Trumps', said the move isn't out of character for the first lady. "Our first lady is very strong, and she has the right to choose who she's working with," he said.

In past administrations, first ladies exerted similar or greater influence, but always behind the scenes. The most famous modern example is Nancy Reagan's engineering the ouster of chief of staff Donald T. Regan, who had made the dire mistake of hanging up on her. While Nancy Reagan's fingerprints were all over the firing, there were no statements from her office to that effect.

"You never hang up on the first lady. She can be your strongest ally. She can help you more than anybody realizes," said Kenneth Duberstein, who fared better as chief of staff to Reagan.

Martha Washington, historian Carl Sferrazza Anthony noted, once wrote that she felt like a "state prisoner" because of protocol rules and a schedule set in part by her husband's chief adviser, Tobias Lear. And there was no love lost between Mary Lincoln and Abraham Lincoln's chief counselors, John Hay and John Nicolay, who referred to her as "the hellcat" behind her back.

Pat Nixon, Anthony says, chafed at top White House aides H.R. "Bob" Haldeman and John Erlichman for perceived offenses that included not giving her enough notice before travel and for not taking her own ambitious agenda seriously, Anthony said.

"It goes back so far, that what we're really talking about is human nature and the problem of the boss' wife," he said.

Melania Trump has taken on a more public role recently, launching her anti-bullying campaign earlier this year and traveling to Africa in October.

She has made symbolic gestures that suggest she felt free to make her views plain and to disagree with her husband.

In a rare sit-down interview with ABC News last month, Mrs. Trump was asked whether it was true that she had more control over her notoriously volatile husband than anyone else. "Oh, I wish," she said. "I give him my honest advice and honest opinions. And then he does what he wants to do."

Melania Trump has privately complained about other current and former White House officials to her husband - Steve Bannon, chief among them - but has never issued such a public statement before.

The East Wing often does not approve its statements with the White House. Senior White House aides, including Kelly and Bolton, were not aware the statement was coming before it was issued Tuesday. Sanders had not seen the final statement, a senior administration official said.

Even Kelly, who wanted Ricardel gone, admitted to others the situation was handled poorly, and that the White House looked bad.

The controversy has added to the turmoil surrounding the White House following last week's midterm elections where Republicans lost control of the House and maintained a slim Senate majority despite having a favorable electoral map this cycle. Last week Trump fired Attorney General Jeff Sessions before heading over to Paris over the weekend for the commemoration of the end of World War I where he clashed with French President Emmanuel Macron.

"This shows it's still a broken and dysfunctional White House. Maybe John Kelly has made a few trains run on time, but it's clearly still broken," said Chris Whipple, author of a 2017 book, "The Gatekeepers," about White House chiefs of staff and West Wing operations.