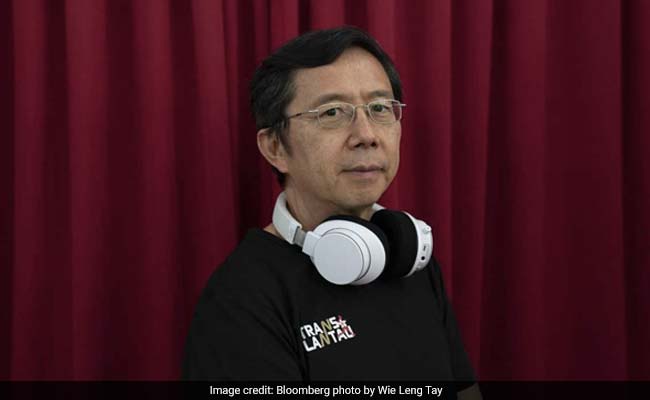 On Oct. 11, 2011, as tributes to Steve Jobs continued to pour in across the world, one man took out a $16,000 full-page newspaper ad in Singapore to pay his respects to the Apple Inc. co-founder who had passed away. It said:

It was intriguing to many who picked up the paper that morning. Sim had been a household name in Singapore for his Sound Blaster cards that brought audio to more than 400 million personal computers. He had also gone to war with Jobs over their portable music players. As hostility escalated in 2006, he sued Apple for patent infringements over the iPod. Negotiations with Jobs were tense, Sim recalls, and his American adversary did most of the talking. In the end, Sim walked away with a $100 million settlement. "Creative is very fortunate to have been granted this early patent,'' Jobs said in a statement at the time.

Since then, the fortunes of the two companies have diverged dramatically. As the iPod became part of a remarkable business turnaround, it killed Sim's MP3 player, which was created in 1999, two years before Apple's device. It also marked the beginning of Creative's downfall. Shares traded on the Singapore exchange fell from a record of S$64 ($47) in March 2000 to hover around S$1 in 2017. The company voluntarily delisted its shares from the Nasdaq stock exchange in 2007.

Now, after many years and more than $100 million of investment, Sim is finally back -- with a new piece of audio technology called the Super X-Fi that he thinks will be a game changer.

The technology, which is available in headphones or as a headphone amplifier, makes sound appear like it's coming from multiple speakers placed at a distance around the listener, rather than from the headphone itself. Creative calls it "holographic audio."

Users take a picture of their face and ear shape on the Super X-Fi app to create a tailored listening experience. Creative researched how thousands of different people perceived sound -- by, among other things, putting microphones in the subjects' ears in a studio -- and fed the results into an artificial intelligence engine that then predicts how others will hear sounds.

Creative's SXFI AMP headphone amplifier is sold at $150 and the SXFI AIR Bluetooth headphones retail at $160.

"I have never been so excited in my life,'' Sim, now 63, said in an interview. "I'm literally breathless, evangelizing what we have.''

Shares of the company rose sevenfold in seven days from Feb. 22 to March 5, boosted by news that Super X-Fi technology won the Best of CES Award 2018 in Las Vegas and positive analyst reports. The stock has since given up some of those gains, but the company's market value has stabilized at about S$365 million, up from about S$80 million in 2017.

"It could be the next big thing,'' said Justin Tang, head of Asian research at United First Partners, which specializes in event-driven research. The company can explore licensing opportunities with phone makers, gaming companies and even carmakers in order to monetize it, he said.

Marc Tan, an analyst at KGI Securities in Singapore, said that while 3D audio is a "huge untapped market,'' Sim has many competitors, including Samsung Electronics's Harman. "Creative will need to build up a large user base quickly in order to establish itself as the market leader,'' he said.

Creative is exploring ways to increase usage and make money from its invention. Last month, it said it's ready to work with original equipment manufacturers to incorporate its headphone technology into their products. "My goal is to have every headphone user enjoy Super X-Fi,'' Sim said.

Sim was born in Singapore in 1955, the same year Jobs was born in San Francisco. When Sim was about 10, he took his eldest brother's harmonica and began learning to play it by himself. That led to to his lifelong passion for music. He attended Ngee Ann Polytechnic and earned an electrical and electronics engineering diploma in 1975. He never got a university degree.

In 1981, Sim founded Creative Technology as a computer shop with his school friend Ng Kai Wa and $6,000. They did whatever it took to keep the business going -- computer classes, hardware repair and software development. Later, Creative began to build PC add-on boards, which included a graphics card that could display Chinese characters in 1982. In 1986, the company developed the world's first multimedia, multilingual computer, the Cubic CT. Its audio interface led to the development of the Sound Blaster.

Creative debuted Sound Blasters at a computer trade show in Las Vegas in November 1989. Sim still recalls vividly the moment Michael Jackson, while on a tour of the exhibition, walked into his booth because it was the only one buzzing with sound. (In those days, PCs were quiet.) Fascinated to hear audio coming out of a PC, the King of Pop stayed for half an hour. "It was a good omen,'' Sim said.

In 1992, Creative became the first Singaporean company to list shares on Nasdaq. It applied for a dual listing in Singapore two years later. The Singapore initial public offering was oversubscribed and the shares surged as much as 16 percent on their debut. By 2000, Sim was Singapore's youngest billionaire. Creative dominated the PC audio market until the 2000s before it lost ground to OEM PCs that were built with integrated sound cards.

In the following decade, Creative's business couldn't keep pace with giants like Apple. Sim mostly dropped out of public view. "During the darkest period of Creative, I became enlightened. I decided that nothing is ever going to hurt me," he said. "Ever since, I thrive on adversities." He started running regularly since 2007, a habit that he says has made him fitter, helped him focus and overcome mental blocks.

Sim remained a bachelor all his life, and advises aspiring young entrepreneurs to steer clear of commitments like marriage and mortgages if they want to build a serious business. He's not against marriage, he says, but it's a distraction and the financial burden would make it harder to take risks.

"We rarely see entrepreneurs like Sim who have the tenacity and determination to stay with their ideas against all odds,'' said Chua Kee Lock, managing partner at Vertex Ventures, an early investor in Creative Technology. "Can he pull off a comeback with the Super X-Fi? He has a decent chance.''

(Except for the headline, this story has not been edited by NDTV staff and is published from a syndicated feed.)
Comments
Sim Wong HooSim Wong Hoo's Creative Technology Co