A Squirrel? No, It's A Rat On The White House Lawn

Social media speculation over the rat's identity and motives ensued. People wondered: Was it looking for a job? Fleeing a sinking ship? 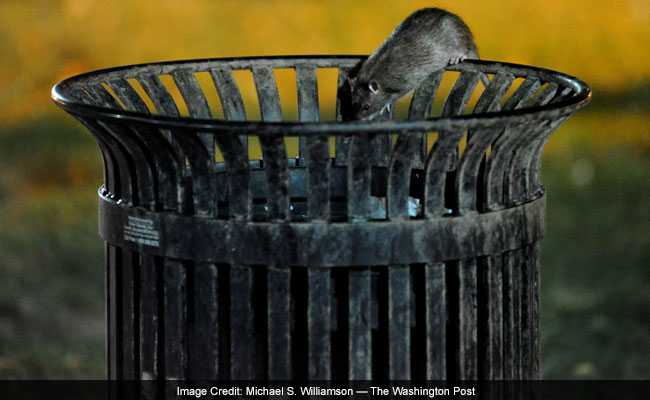 A rat ventures into a trashcan in downtown Washington

The District of Columbia for years has been plagued by a growing mischief in its midst. Rats - the four-legged, bewhiskered kind - have been spotted roaming the streets, scurrying across alleys and eating their way through trash cans.

On Monday, a rat made its way onto the White House lawn.

"I am standing in our @FoxNews standup location on the @WhiteHouse North Lawn and notice in my peripheral vision something moving at my left foot," tweeted reporter John Roberts. "I assumed it was one of the ubiquitous WH squirrels. But no . . . it was a big brown rat."

It was perhaps one of the boldest moves a rat had made since a rodent that became known as "Pizza Rat" was seen gorging on a slice in New York.

Social media speculation over the rat's identity and motives ensued. People wondered: Was it looking for a job? Fleeing a sinking ship?

According to the District's resident rat guru, Gerard Brown, with the D.C. Department of Health, it was probably one of many rats "flushed out" of its burrow by heavy weekend rain.

"Water doesn't kill them or reduce them at all - rats can swim for as long as a week - but what it does do is make it difficult for them to find food," Brown said. "That draws them out, too."

Recently, D.C. has had a perfect storm of all three, Brown said, with mild winters and booming development bringing more people, and trash, into the District.

On Jan. 1, an additional $906,000 the city allocated to help the Department of Health get a handle on D.C.'s rat problem will kick in. Brown said the money will be used to hire staff and equip exterminators with mobile devices that use geolocation data to track rat complaints in real time, among other things.

"Technology is evolving into rodent control," he said.

Residents and visitors are encouraged to call 311 to report rat sightings so the city can keep track of which areas are most affected. Brown said the city has not received any reports of rats on the White House grounds in recent years.

The White House and its neighboring park, Lafayette Square, are maintained by the National Park Service, which conducts rodent sweeps weekly.

"Rats are very much an urban challenge," she said. "We haven't seen a change, or a need for immediate concern, around the White House."

Brown said the city's rat offensive, which includes sterilization and extermination, will kick off in Ward 1 next year and work its way through each ward in numerical succession.

"Every human in D.C. comes within five feet of a rat every single day," Brown said. "They just may not always know it."