The good news for Al Amoudi, one of the world's richest men, is that during his prolonged absence, much of his global business empire has thrived 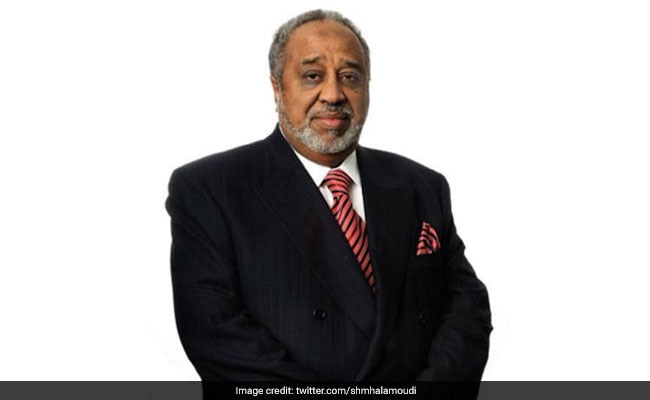 Mohammed Al Amoudi has accumulated $7.6 billion of assets outside the Kingdom

Some 400 days after Mohammed Al Amoudi went missing, word came Thursday of his whereabouts: In custody in Saudi Arabia and awaiting trial on corruption and bribery charges.

The good news for Al Amoudi, one of the world's richest men, is that during his prolonged absence, much of his global business empire has thrived. Sales at his Sweden-based oil refiner Preem AB have surged more than 30 percent and his Stockholm office properties have risen in value.

Since being seized by security forces in Riyadh last year as part of a sweeping crackdown by Crown Prince Mohammed bin Salman, his net worth has climbed by about 6 percent to $8.3 billion, according to the Bloomberg Billionaires Index, a ranking of the world's 500 richest people.

The situation highlights the contradictions of being a wealthy Saudi under the de facto reign of the crown prince, whose embargo of Qatar, war in Yemen and alleged role in the murder of journalist Jamal Khashoggi have shocked the world but prompted little apparent change in his agenda.

During Al Amoudi's long detention, rumors spread among Saudi Arabia's business elite that he had died.

A Saudi official who asked not to be identified confirmed Thursday that the billionaire is alive and in custody, though no trial date has been set. Al Amoudi has been in touch with relatives and is reported to be in good health, according to his spokesman, Tim Pendry. He disputed that Al Amoudi has been officially charged with any wrongdoing and declined further comment.

Al Amoudi, whose fortune can be traced to a Saudi government contract during the reign of King Fahd, has accumulated $7.6 billion of assets outside the Kingdom and owns businesses employing thousands of people in Europe and Africa. But as the past year's events prove, his earliest benefactor -- the Saudi royal family -- still holds sway.

The Ethiopian-born businessman is one of several high-profile individuals still detained in the corruption crackdown. Most of the other billionaires and princes have been released after agreeing to hand over more than $100 billion in cash and assets. Prince Alwaleed bin Talal, who chalked up his detention to "a misunderstanding," is once again making deals and borrowing huge sums. Prince Miteb bin Abdullah, the former head of the National Guard who forked over $1 billion in bail, was seen meeting with King Salman.

The veneer of normalcy betrays an anxiety quietly gripping wealthy Saudis who are increasingly looking to move money abroad or even leave.

"Liquid assets were shifted out quite quickly after the purge," said Marcus Chenevix, an analyst at investment research firm TS Lombard in London. The crackdown targeted wealthy members of the business elite from Jeddah in particular, a group -- Al Amoudi included -- who prospered in part through ties to King Abdullah and King Fahd. King Salman was a former governor of Riyadh and things were "tense from the moment he came in," Chenevix said.

In Sweden, where Al Amoudi's Preem is the country's biggest fuel company, business is proceeding as normal, with a few adjustments. Last month, Preem announced it had replaced Al Amoudi as chairman with a former global head of corporate finance at Morgan Stanley, Jason Milazzo. The company's statement acknowledged it had "no further confirmed information" regarding its missing sole shareholder.

Both Fitch and S&P Global, which rate Preem's debt, have given rosy assessments of its credit health. Yes, the sole shareholder of the $5 billion company has been missing for months, but the operations haven't been affected, the analysts wrote. Al Amoudi "was not really involved in the day-to-day management of the business," Fitch analyst Vladislav Nikolov said.

Al Amoudi's brother Hassan has been granted power of attorney, according to a June 30 presentation from Preem's parent company, Corral Petroleum. The brother, who owns a furniture factory in Jeddah, isn't otherwise involved in the business, spokesman Pendry said.

Preem, whose bright green and yellow signs adorn hundreds of gas stations throughout Sweden, is responsible for almost a third of the Nordic region's refining capacity. Al Amoudi's 100 percent stake is worth $5.1 billion. He also owns an $835 million oil explorer, a home builder, commercial real estate and various industrial businesses, making him one of Sweden's largest private investors.

While Al Amoudi delegated day-to-day management to other executives, his deep pockets were helpful in the harshly cyclical energy industry. A 2016 bond prospectus by Corral Petroleum highlighted Al Amoudi's ranking on global wealth lists and "continued commitment" to the company in the form of hundreds of millions of dollars of shareholder loans and contributions.

None of the billionaire's business associates has publicly sought answers from Saudi Arabia on Al Amoudi's predicament. The only outspoken advocate for Al Amoudi's release has come from Ethiopia, where the billionaire is the largest single private investor. His assets there, which include land holdings, gold mines, coffee plantations, a fuel company and hotels, are conservatively valued at $1.2 billion.

Ethiopian Prime Minister Abiy Ahmed told state media in May he was confident Al Amoudi's release was imminent after he made a personal appeal to the crown prince. In August, Ahmed told reporters he'd gotten word from Saudi officials that the industrialist's release was being postponed for "some proceedings" and vowed to keep up the pressure.