A Mother Married Her Son And Then Her Daughter, Who Just Pleaded Guilty To Incest, Officials Say

Court records say Patricia Spann had convinced Misty Spann that their marriage was legal - even though they're biologically related. Patricia, 44, is Misty's mother. 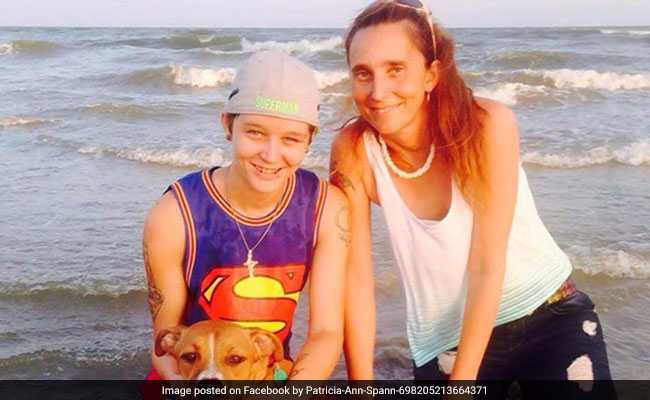 Misty Spann (L), 26, pleaded guilty to incest, after being arrested with her mother Patricia Spann (R)

Court records say Patricia Spann had convinced Misty Spann that their marriage was legal - even though they're biologically related. Patricia, 44, is Misty's mother.

Both women were arrested and charged with incest in September 2016, six months after they got married. On Tuesday, Misty Spann, 26, pleaded guilty to incest.

Patricia Spann's complicated relationship with her children drew scrutiny in August 2016, after a child welfare investigator found that she and Misty Spann, who were living in Duncan, Oklahoma, may have been having an incestuous relationship.

Patricia Spann told the child welfare investigator with the state's Department of Human Services that she had three children from a previous marriage: daughter Misty and two sons, according to an affidavit. Spann had long since lost custody of her children, who were adopted by their paternal grandmother. She had no contact with any of her children until about two years ago, when she and Misty Spann reunited and "hit it off," she told the investigator, the affidavit said.

Patricia Spann also said she "had looked into" the laws and concluded that marrying her daughter is not illegal because her name is no longer listed on the birth certificate. A police investigator found that Misty Spann's birth record with the state's Office of the Inspector General lists her paternal grandmother as her birth mother. Police believe the record was changed after Spann's children were adopted.

However, Misty Spann's original birth certificate from the hospital where she was born lists Patricia Spann as her birth mother, according to the affidavit.

Patricia Spann also was not using the same last name as her daughter. She was identified as Patricia Ann Clayton on the marriage license, which the two obtained from a neighboring county.

It's unclear why Spann lost custody of her children or when they were adopted by their grandmother. But police found that Misty Spann is not the only biological child Patricia Spann has married.

In December 2008, she married one of her sons, who was 18 at that time. Court records show that he filed for an annulment in March 2010. He listed "incest" as the reason, the affidavit said. It does not appear that incest charges were filed at that time.

Misty Spann filed for an annulment in September, citing fraud and incest as the reasons. The petition says Patricia Spann told her daughter that she had consulted with three lawyers who each advised her that there would be no problems with their marriage. In a ruling that voided the marriage last month, a district court judge found that Patricia Spann "induced" her daughter "by fraud to enter the marriage."

Incest is punishable by up to 10 years in prison in Oklahoma. Misty Spann received a 10-year deferred sentence in a plea deal, the Tulsa World reported. This means a judge has postponed imposing a sentence for 10 years, after which Misty Spann will have to go back to court and the case against her will be dismissed.

She also will be placed under supervision for two years.

The charge against Patricia Spann remains pending. She is scheduled back in court in January.

Promoted
Listen to the latest songs, only on JioSaavn.com
The Washington Post was unable to reach the women's attorneys on Saturday.