James Miller showed up at a police station according to a police report: "I think I killed someone. . . . I stabbed him." 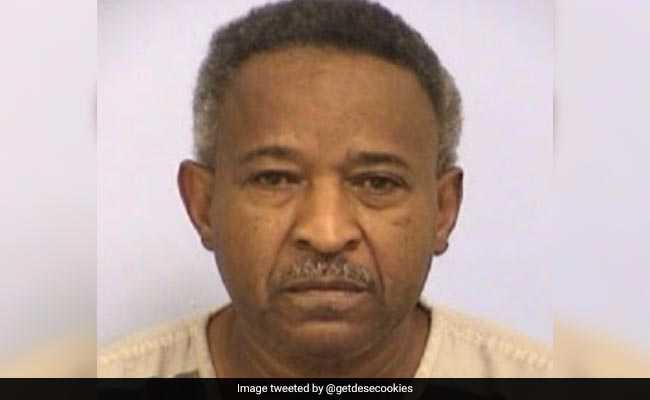 After James Miller retired from the Austin Police Department, he took up guitar, strumming the instrument at a nearby musicians' bar, trying to put together a jazz band and getting together at the house of David Spencer, a 32-year-old neighbor and a saxophonist who shared his passion.

In September, 2015, after a night of music and drinking at Spencer's house, Miller testified, his younger neighbor made a fatal mistake: He moved in for a kiss.

"We were playing back and forth and everything, and I just let him know - Hey, I'm not gay," Miller, 69, said in an affidavit, according to Austin NBC-affiliate KXAN.

Then, he said, he pulled out a knife and stabbed Spencer two times.

Miller showed up at a police station a few hours later, at 3:45 a.m., according to a police report obtained by the Austin American-Statesman: "I think I killed someone. . . . I stabbed him."

He was charged with murder.

Three years later, the former police officer claims the killing was self-defense, and he was in a "gay panic" after being hit on by another man.

Such claims are legitimate, viable defenses in all but two states - California and Illinois - despite the work of LGBT advocates and a resolution by the American Bar Association to have the defense banned.

In Miller's case the defense was successful. Jurors did not find him guilty of murder or manslaughter, and while he was convicted of criminally negligent homicide, he will not spend a day in prison.

The former police officer was sentenced to six months in jail. He will have to complete 100 hours of community service, pay $11,000 in restitution to Spencer's family and use a portable alcohol monitoring service for at least a year. He will also be on probation for a decade.

"It's hard to believe that something like this exists," D'Arcy Kemnitz, the executive director of the LGBT Bar Association, told The Washington Post. "This is something from the very darkest of ages, based on the idea that if a gay guy hits on a straight guy, then the straight guy gets to do whatever he wants to do to him, including a homicide."

Defense attorneys have an obligation to provide a "zealous defense" of their clients, Kemnitz said, but such defenses are "playing on the fact that LGBT people are considered 'others' or outside what is normative or not as valued as others in society."

Miller, who is 5 feet 4, at least eight inches shorter than Spencer was, testified he felt threatened in Spencer's home.

"He had height advantage over me, arm length over me, youth over me," Miller said, according to the Austin-American Statesman. "I felt he was going to hurt me."

"It was so uncharacteristic of Mr. Miller that for him to engage in this behavior clearly had to be an act of self-defense," said Charlie Baird, Miller's defense attorney.

Prosecutors argued the argument was bogus because Spencer never threatened the older man or had any intention of hurting him. Miller told the court he and Spencer never fought.

Miller did not have "so much as a scratch on him," prosecutor Matthew Foye said, according to the newspaper.

The American Bar Association's resolution urged lawmakers across the U.S. to "curtail the availability and effectiveness of the 'gay panic' and 'trans panic' defense."

Kemnitz said there is active legislation in several states to stop defense attorneys from being able to use a gay panic defense.

She said the defense re-victimizes a person who has been attacked, but also sends a message to other marginalized members of society.

Promoted
Listen to the latest songs, only on JioSaavn.com
"If there's a secondary chilling effect, when an individual gets to attack or indeed murder someone and walk away with a slap on the wrist or scot free, it tells us that we're still vulnerable," she said.