Meituan CEO Wang Xing lost $2.5 billion of his wealth after he posted verses from a millennium-old poem about the misguided attempts of China's first emperor to quash dissent. 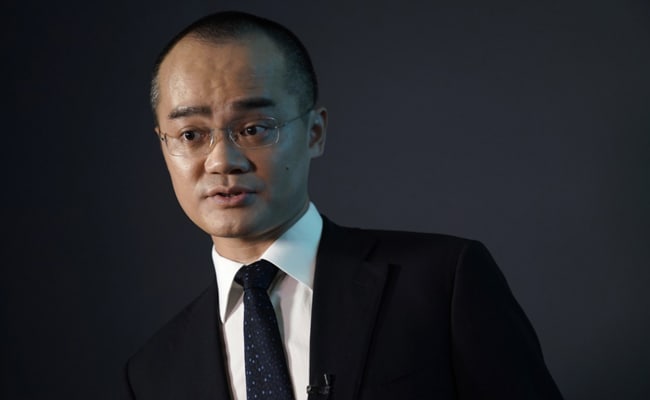 Meituan CEO Wang Xing lost $2.5 billion of his wealth after he posted verses from a millennium-old poem about the misguided attempts of China's first emperor to quash dissent. Wang, a usually plain-speaking engineer who enjoys literary classics, later scrubbed his post and explained he was really calling out the short-sightedness of his own industry, trying to clarify there was no implied criticism of the government. But the damage was done: Meituan shed $26 billion over two days, the biggest loser in a broader tech rout.

The seemingly extreme reaction to Wang's post underscores how much markets remain on edge months after Beijing launched a crackdown against the twin pillars of Jack Ma's internet empire, Alibaba Group Holding Ltd. and Ant Group Co. While far more succinct, Wang's utterances recalled for some investors Ma's own ill-timed comments in a public forum, which torpedoed Ant's $35 billion IPO before igniting a wide-ranging campaign to rein in the country's increasingly powerful -- and vocal -- corporate chieftains.

Tellingly, most of the resultant frenzy of online speculation centered on Meituan's -- and Wang's -- fate. Regulators had only just chosen the gig-economy giant as the subject of their second major investigation after fining Alibaba $2.8 billion for alleged monopolistic behavior. While evocative, the poem offered far from conclusive evidence of Wang's intentions or thinking. Part of it read: "Before the ashes turned cold, rebellion had arisen east of the mountains." Yet it was his timing that may rankle officials already examining issues from worker compensation and benefits to its competitive tactics.

"He didn't win any points with regulators by posting, but the problem is that some important facets of the business environment have now turned against him," said Brock Silvers, chief investment officer of private equity firm Kaiyuan Capital in Hong Kong. "That may have an impact long after the poem is forgotten."

Regardless of Wang's motivations, regulators have Meituan in their sights. Wang is one of a handful of entrepreneurs considered successors to industry pioneers like Ma, and also one of their fiercest rivals. The 42-year-old entrepreneur raised a record $10 billion just last month to develop promising technologies to spearhead an aggressive expansion into online groceries. He still owns about 11% of Meituan, a stake worth about $18.4 billion, according to the Bloomberg Billionaires Index. That means his fortune has shrunk by some $15 billion from a peak in February.

Over the past six months, China's antitrust watchdog has rolled out a plethora of laws giving it greater oversight of the internet sphere, wary of the influence companies like Alibaba and Meituan wield over many facets of Chinese life. Beijing is said to be exploring ways to further curtail their control of valuable personal data and media. But among the internet giants, it's Meituan, the world's largest food delivery service, that perhaps has come under heaviest public scrutiny during the pandemic.

Even before Wang's post, state media had run regular exposes describing the plight of Meituan's delivery drivers, helping stoke online outrage. The deaths of several delivery personnel in the rush to meet deadlines drew accusations of exploitation and sparked a debate about the treatment of gig-economy contract employees -- much as it had in the U.S. years earlier.

In one of the most recent efforts, Beijing TV aired a documentary in which a social security official moon-lit as a delivery driver -- reportedly earning 41 yuan ($6) for 12 hours of work. He later told the Communist Party-affiliated Beijing News his experience drove home the unreasonable demands placed on millions of riders nationwide who helped feed China during the pandemic. Other media have called out the industry's preoccupation with growing grocery deliveries instead of driving innovation.

In response, Meituan has pledged to improve welfare and benefits as well as tweak algorithms to allow more time for delivery. But on Tuesday, Bernstein slashed its target price on the company by 21%, arguing that the rising cost of paying and covering its army of workers will compound a tougher regulatory environment and pummel the bottom line.

The criticism didn't stop at Meituan's core business. Its community commerce arm was among a handful of operators penalized in March for excessive subsidies, alongside units of Pinduoduo Inc. and car-hailing giant Didi Chuxing. In January, it shut down its crowd-sourced health insurance service after regulators tightened scrutiny over online insurance. Even the Shanghai Consumer Council chimed in this week, blasting Meituan for a broken refunds system and misleading content on its mobile app. 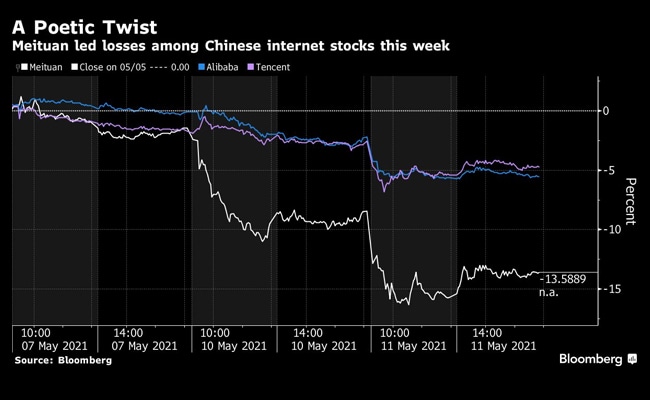 What happens next remains a subject of intense debate. While Ma, after a period of enforced hibernation, is once again showing up in public, many of his compatriots have in past months been careful to maintain a low profile precisely because of the volatile environment.

That makes Wang's seeming faux pas even more puzzling. What's clear is the entrepreneur chose one of his earliest creations and subsequent failures as his forum, the Twitter-like Fanfou. The service was in fact suspended in 2009 for failing to keep up with government censorship requirements, which is why Wang said in 2019 he decided "to do something less controversial."

Yet it remains open to original users like Wang, who for years jotted down his musings on everything from Western literature to random trivia and, of course, Chinese poetry.

"Whether they mean to or not, any implied criticism of the regulation of their respective industries is not helpful to them or their shareholders," said Gary Dugan, chief executive officer of the asset management firm Global CIO Office in Singapore. "Any investor in single stock names in China at present would hope that they do less social media philosophizing about the future and just focus on managing their businesses."