The contest bestows glamour and honour on those whose youth was stolen in wartime Europe but who went on build new lives for themselves in Israel. 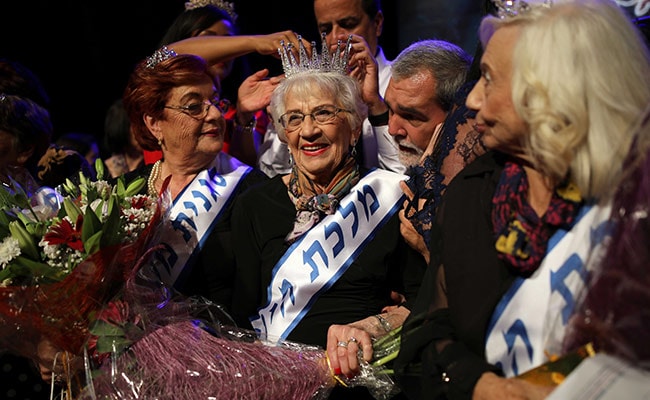 The annual Israeli beauty pageant is for women who endured the horrors of the Nazi genocide.

A 93-year-old great-grandmother was crowned "Miss Holocaust Survivor" on Sunday in an annual Israeli beauty pageant designed to put a smile on women who endured the horrors of the Nazi genocide.

A dozen contestants cautiously trod the catwalk - at times assisted - in the city of Haifa, with hair coiffed, make-up applied and sashes adorning their dresses.

Several generations of relatives, along with well-wishers, cheered and snapped pictures, underscoring the organisers' message that the contest bestows glamour and honour on the dwindling number of those whose youth was stolen in wartime Europe but who went on build new lives for themselves in Israel.

"I don't have words for the people working here. They gave so much ... heart for us," she told Reuters.

"I wouldn't believe that at my age I would be a beauty," the former jeweller laughed, her tiara perched on her white hair.

Other contestants included a retired gynaecologist and gas technician, both 81 years old, and two authors of Holocaust memoirs. The youngest, 74, still works as a teacher despite complications of pneumonia she suffered as a baby in Romania.

Some commentators and survivors worry that the event cheapens the memory of the 6 million Jews killed by the Nazis.

But one German spectator deemed it "a wonderful celebration".

"It is very important for my generation to know the history of the Holocaust, of the Shoah, and it is important for me to support these people," said Jan Fischer, a 52-year-old credit card manager from Munich.

"I wish that this (genocide) won't happen again - never."

(Except for the headline, this story has not been edited by NDTV staff and is published from a syndicated feed.)
Comments
Nazi genocideHolocaust survivorsHolocaust Survivor beauty pageant in Israel