The award, in recognition of Mr Singh's fundraising efforts and spreading the simple message of "health is wealth" and "stay active and stay happy", marks the 1,410th such award. 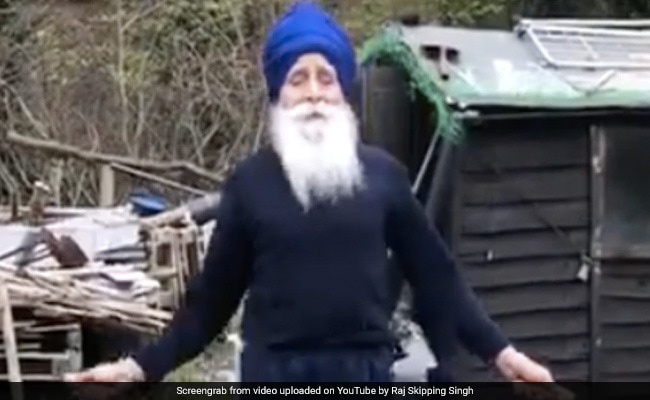 Rajinder Singh has raised over 12,000 pounds for NHS charities

A British Sikh, who became a social media star as the "Skipping Sikh" after he took on skipping and fundraising for the state-funded National Health Service (NHS) during the coronavirus lockdown, has been awarded the Points of Light honour by Prime Minister Boris Johnson.

Rajinder Singh, 73, from Harlington in west London, began filming exercise videos earlier this year, bringing together over 250,000 viewers on YouTube, encouraging people to remain active and raising over 12,000 pounds for NHS charities.

"Your 'Skipping Sikh' fitness videos have given a lift to the thousands of people worldwide who have watched online and taken part with you in your daily exercise, and provided an ingenious way of bringing together and energising the Sikh community at a time when temples have been closed," Boris Johnson said in a personal letter addressed to Mr Singh.

"I wanted to write personally to thank you for all that you are doing to support our extraordinary NHS, and encouraging the nation to pick up their skipping ropes and keep their spirits high by taking on your lockdown skip challenge," he said.

The award, in recognition of Mr Singh's fundraising efforts and spreading the simple message of "health is wealth" and "stay active and stay happy", marks the 1,410th such award.

Points of Light are outstanding individual volunteers and people making a change in their community, who are honoured every weekday by the UK prime minister to recognise their inspirational volunteer work.

"I am truly humbled for being awarded the Points of Light award. I love to serve others - it's part of who I am as a Sikh," Mr Singh said.

"I never thought something like skipping would inspire the world and spread smiles. I'm really grateful for the support and being given this recognition," he said.