7 Killed After Tourist Plane, Helicopter Crash Above Glacier In Italy

The helicopter was carrying a German alpine guide and four skiers while the light aircraft was a tourist plane with three people on board. 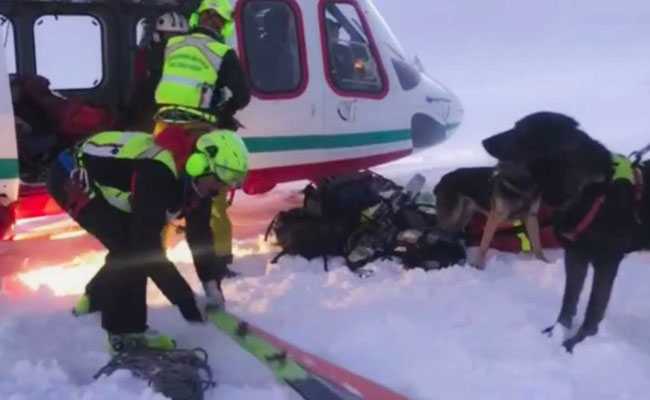 The crash seemed to have happened after the helicopter took off, unaware that the aircraft was landing.

Mountain rescuer workers on Saturday recovered the bodies of two people, raising the death toll from a deadly collision between a helicopter and light aircraft in the Alps to seven.

Two people were hospitalised after the crash in the Aosta Valley near France, which appeared to have happened just after the helicopter took off, unaware that the aircraft was landing, Italian media reported.

The helicopter was carrying a German alpine guide and four German heli-skiers, while the light aircraft was a French four-seater tourist Jodel plane with three people on board, the reports said.

All six on board the helicopter, including Italian pilot Maurizio Scarpelli, were killed, along with one of the people from the plane. A French and a Swiss national from the Jodel were seriously injured.