Police recovered the bodies from the Matamuhuri river at Chokoria town Saturday night where the boys drowned as they went to bathe in the coastal river following the match. 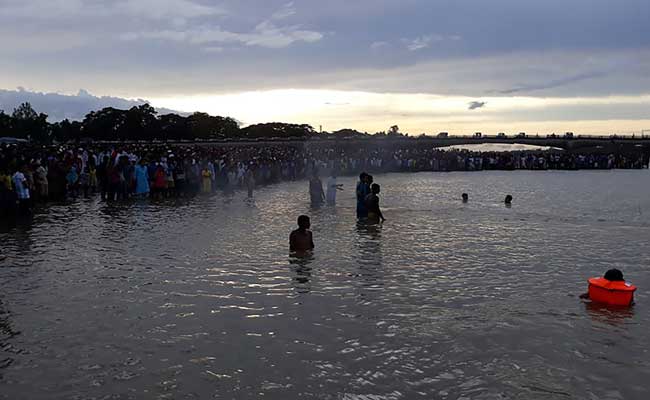 Five teenage footballers drowned in a river in southeast Bangladesh moments after they played a friendly match between supporters of Argentina and Brazil, police said Sunday.

Police recovered the bodies from the Matamuhuri river at Chokoria town Saturday night, some six hours after the boys drowned as they went to bathe in the coastal river following the match.

Local police chief Bakhtiaruddin Chowdhury told AFP that 22 boys from a school played the friendly after dividing themselves between supporters of Brazil and Argentina.

Six of them went swimming afterwards clad in jerseys from the South American rivals.

"The river at that place was very deep. We rescued a boy. Later five bodies were recovered. The dead included two brothers," Chowdhury said.

Tens of thousands joined their funeral on Sunday, he said.

Bangladesh is traditionally cricket territory, but every four years the country of 160 million people -- whose national team is ranked 197th out of 202 in the world by FIFA -- goes World Cup crazy.

Flags in the colours of Argentina and Brazil take over the streets as the two Latin American teams are favourites among Bangladeshi fans.

Fans across Bangladesh hold flag-waving processions to honour their favourite team. And there have been several clashes between rival supporters, prompting police in another coastal town to ban flag processions.