22 Killed, At Least 60 Injured in Blast Outside Mosque in Peshawar 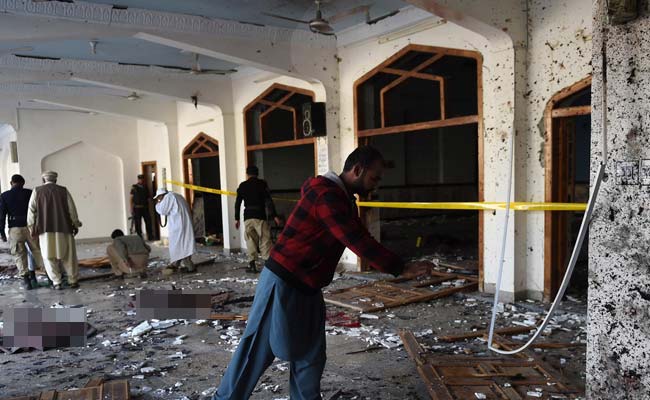 Unidentified militants attacked a mosque in Peshawar in northwest Pakistan during Friday prayers, killing at least 22 worshippers and injuring at least 60 others, police said.

The mosque was targeted in the Hayatabad area of Peshawar, capital of Khyber-Pakhtunkhwa.

Police said a group of armed men broke into the mosque, where people were attending Friday prayers, and opened fire, following which three explosions were heard inside the building.

The Pakistani Taliban have claimed responsibility for the attack.

"We had no idea what was going on. One of the attackers then blew himself up and then there was huge smoke and dust all around," he said.

Opposition leader Imran Khan tweeted that he had been stopped from visiting the site by security personnel.

Strongly condemn terror attack in Hayatabad Peshawar targeting mosque during Juma prayers. Tried to go to site but stopped due to ongoing op

At least 150 people, including 136 students, were killed in an attack on a school in Peshawar on December 16 last year.

Last month, at least 61 people, including children, were killed in a suicide bombing during Friday prayers at a packed mosque in Pakistan's Sindh province, the deadliest sectarian attack to hit the country in recent times.

The government has pledged to crack down on all militant groups, and has reintroduced the death penalty, set up military courts to speed convictions and widened its military campaign in northwestern areas on the Afghan border where militants find refuge.