The group the ex-paramilitary soldiers were part of was blamed for several atrocities during the 1960-1996 war in Guatemala, in which an estimated 200,000 people were killed or disappeared. 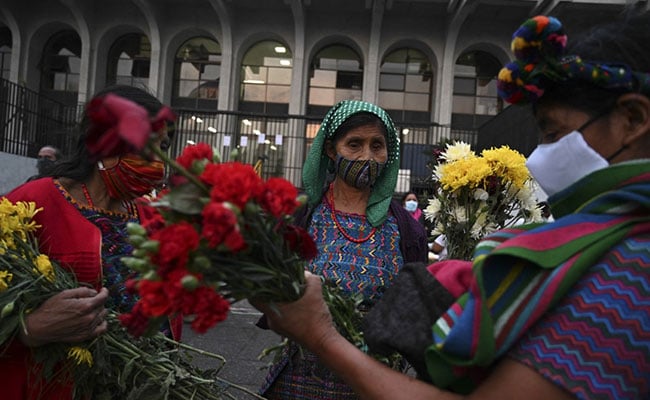 36 women have come forward in recent decades to make accusations of sexual violence.

Five former paramilitary soldiers were sentenced to 30 years in jail on Monday for sexually abusing 36 indigenous women during the country's civil war.

"We the judges firmly believe the testimonies of the women who were sexually violated," Judge Gervi Sical said in the ruling against the five former members of Guatemala's Civil Self-Defense Patrols (PAC).

The group was blamed for several atrocities during the 1960-1996 war in which an estimated 200,000 people were killed or disappeared.

Sical added the sentences were handed down for crimes against humanity.

The five men -- brothers Benvenuto and Bernardo Ruiz, aged 63 and 57, and relatives Damian, Gabriel and Francisco Cuxum, all in their 60s -- heard the verdict via videoconference from jail in the capital where they are being held for crimes committed between 1981 and 1985 around the town of Rabinal, north of Guatemala City.

The population of Rabinal was particularly hard hit by the war. A mass grave with the bodies of more than 3,000 people was discovered in the area.

36 women have come forward in recent decades with accusations of sexual violence committed against them during that time.

The trial began on January 5, a decade after complaints were first filed.

Prior to the sentencing, some of the victims, accompanied by activists, held a ceremony with flowers and candles in a plaza at the Torre de Tribunales, in the historic center of Guatemala City.

"When I was 19 years old I was taken to the (military) detachment and was raped by soldiers, but those who are to blame are the patrolmen in my village," Margarita Siana, 59, told AFP.

"I suffered a lot" at the military detachment for three months, added the woman.

In addition to the assaults, some of which were perpetrated in front of family members, according to victims' testimonies, many indigenous women were raped after the murder or forced disappearance of their husbands.

"It still hurts us, we are not telling lies," said another woman, Pedrina Lopez.

Relatives of the ex-paramilitaries protested in another part of the judicial complex, denouncing what they called "false accusations" and demanding their freedom.

"Once again it has been exposed that sexual violence during the internal armed conflict was a strategy implemented by (the Guatemalan state)," said Lucia Xiloj, a lawyer for some of the women.

The UN High Commissioner for Human Rights in Guatemala said on Twitter that the sentence was a "landmark advance in the access to the rights to truth, justice and reparation for female victims of sexual violence during" the war.