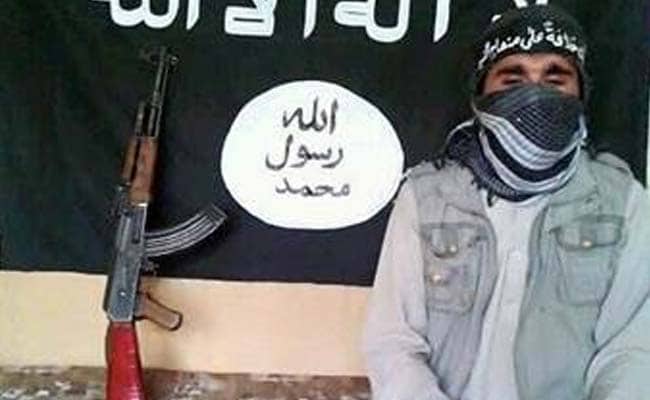 A picture from the Islamic State terrorist group of Abu Muhammed Khurasani, who it claims carried out the suicide bombing in Jalalabad.

Most of those injured in the two blasts in Jalalabad are in a critical condition and casualties are expected to increase, according to Inamullah Miakhel, spokesperson for Afghanistan's Health Department.

Shahidullah Shahid was among the former Taliban leaders and groups that have in recent weeks declared their allegiance to Abu Bakr-al Baghdadi, the self-styled Caliph of the Islamic State group, which has overrun parts of Syria and Iraq.

Meanwhile, Afghan Taliban spokesperson Zabiullah Mujahid condemned the attacks online, and confirmed that his group had nothing to do with the attack. Several Afghan Taliban leaders and groups have sworn allegiance to the Islamic State in recent weeks, underscoring competition between the two terrorist groups for supremacy within the sphere of fundamentalist Islamist militancy.

Government officials have told NDTV that one of the blasts was a suicide attack, and that a man, possibly on a bicycle or motorcycle, detonated explosives near a queue of people outside a private bank, waiting to collect their salaries.

Jalalabad is the capital of the Nangarhar Province in eastern Afghanistan, on the border with Pakistan, and sees frequent attacks. The attacks have come even as Afghan Army Chief, General Sher Muhammed Karimi, is in Pakistan, attending the passing out parade at the Pakistan Military Academy in Abbottabad.
Comments
Blast in JalalabadBlast in AfghanistanIslamic StateAfghanistanPakistanIraqSyriaTalibanAfghan ArmyPakistan Military AcademyAbbottabadspokesperson for the Islamic State terrorist groupInamullah MiakhelZabiullah MujahidNangarhar ProvinceGenera