Authorities seized 766 kilograms of the "highest purity" MDMA recorded in Queensland state, with a conservative street value of Aus$90 million ($US61 million). 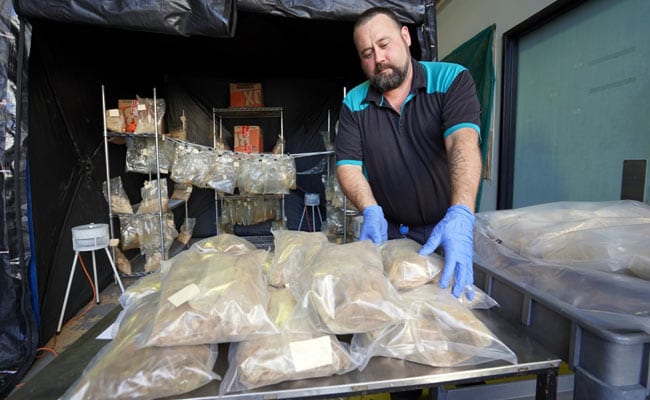 Authorities seized 766 kilograms (1,670 pounds) of the "highest purity" MDMA recorded in Queensland state, with a conservative street value of Aus$90 million ($US61 million).

"Organised crime syndicates are making significant profit at the expense of our Australian community but more importantly they are placing our young people's health at risk," Detective Superintendent Jon Wacker, of Queensland police, said in a statement.

Police said the MDMA was to be sold in pill and capsule form.

"We believe the drug would have been diluted with other agents and had the potential to make between six and 12 million capsules," Wacker added.

Two British men aged 51 and 40 were arrested in Australia, along with a 26-year-old Queensland man, and face charges relating to drug possession and supply.

A 51-year-old woman was also arrested in Australia with connections to the syndicate.

Authorities estimate that Australians consume over 1.1 tonnes of MDMA each year.

Australian police in June seized a record 1.6 tonnes of methylamphetamine worth an estimated Aus$1.2 billion hidden in speakers after a shipment arrived in Melbourne.

The country has a growing problem with meth, known as "ice", with a government report released last year showing Australia has proportionally more users than most nations.

(Except for the headline, this story has not been edited by NDTV staff and is published from a syndicated feed.)
Comments
AustraliaNew Zealanddrug bust