4,000 Canadian Families Will Soon Get Paid By Ontario For Doing Nothing 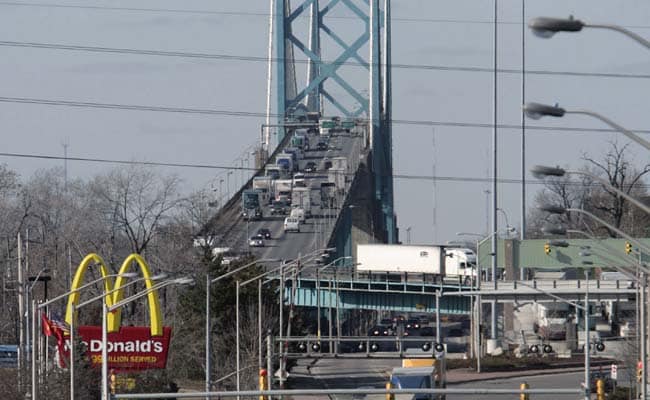 The entire program is expected to cost around $150 million.

Ottawa: The government of Ontario, Canada's most populous province, is joining the basic-income bandwagon with the launch of a three-year pilot program that will test how paying people an unconditional basic wage works in practice.

"Many people are concerned about what the world is promising their kids," Ontario Premier Kathleen Wynne said at a Monday news conference announcing the three-year experiment. "It's a world of global competition, reduced benefits, more and more part-time employment."

Under the plan, Ontario will provide a basic income to as many as 4,000 randomly chosen low-income households in the cities of Hamilton and Thunder Bay as well as in the rural community of Lindsay. The money will be provided to participants whether they work or not, and welfare recipients as well as and working poor families will be included.

A single person could receive up to 16,989 Canadian dollars per year, while a couple can get up to 24,027 Canadian dollars per year a year plus 6,000 extra dollars for a person with a disability. To encourage participants to seek paid employment, the recipients would also be able to keep 50 percent of any money they earn from work and would continue to receive child-benefit payments from the Canadian and Ontario governments. The entire program is expected to cost around $150 million.

The idea of a basic income has been around for years in one form or another. It gets surprising support from both the left, which sees it as an extension of the social safety net, and the right, which sees it as a way to escape the intrusive, bureaucratic nature of traditional welfare programs. (The Ontario experiment will compare families receiving the basic income payments to a control group that will receive benefits under the current system.) Finland and the Netherlands are also conducting basic-income experiments, and a much smaller pilot project is underway in Oakland, California.

The idea has also been embraced by tech companies, which worry that increasing automation and the advent of artificial intelligence will someday eliminate millions of jobs. The Oakland project is sponsored by Y Combinator, a Silicon Valley start-up incubator.

Michael Tanner, a senior fellow at the Cato Institute, a libertarian think tank in Washington, said he's sympathetic to the basic-income concept "but a skeptic" when it comes to cost. While he believes the idea would be an improvement on the current social safety net, Tanner estimates that providing a basic income to everyone in the United States would cost a staggering $4 trillion a year. He says tech industry likes the idea because it fears a political backlash against automation, which could end up leading to "anti-technology legislation."

But Evelyn Forget, an economist at the University of Manitoba who specializes in community health, believes a basic-income program could be affordable, noting that Canada already spends 15 billion Canadian dollars a year on social welfare programs. Forget has studied the effects of an earlier basic-income experiment - a similar pilot program in Manitoba in the 1970s - on the town of Dauphin.

She said there was virtually no change in the number of hours worked by primary earners as a result of the basic-income project, but that the hours worked by teenage boys declined - and she later found that the high school completion rate for boys rose.

Her conclusion was that boys in low-income families who were previously under pressure to quit school and go to work were able to remain in school because of the support that the basic income provided. The Manitoba experiment ended without any follow-up because "governments changed." But 40 years later, as society is moving increasingly toward a "gig economy," Forget sees a growing role for a basic income.

Promoted
Listen to the latest songs, only on JioSaavn.com
"Basic income plays a nice job in filling in the gaps and in supplementing low wages," she said.