32 inches of snowfall over driest place on earth! 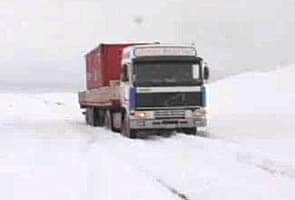 Chile: A cold wave in Chile has brought snow to the Atacama desert, a region known for being the driest place in the world.

According to the national emergency centre in Chile, the area had not seen this amount of snow in close to 20 years.

Some areas received up to 80 centimeters (32 inches) of snow, leading to closed roads and stuck vehicles.

According to local media, authorities rescued 36 people on Tuesday, whose bus had been stuck in heavy snow.

Local media reported that the passengers may have endured freezing temperatures for up to 48 hours, before being rescued.

Denise Canaveri,a passenger, said the group was desperate and had no food.

Promoted
Listen to the latest songs, only on JioSaavn.com
The temperature in Santiago, Chile dropped to as low as -8.5 degrees Celsius on Wednesday.

Other countries in Latin America such as Uruguay and Argentina have also been affected by the cold front.