23 Killed In Fire At Bangladesh Cigarette And Food Packaging Factory 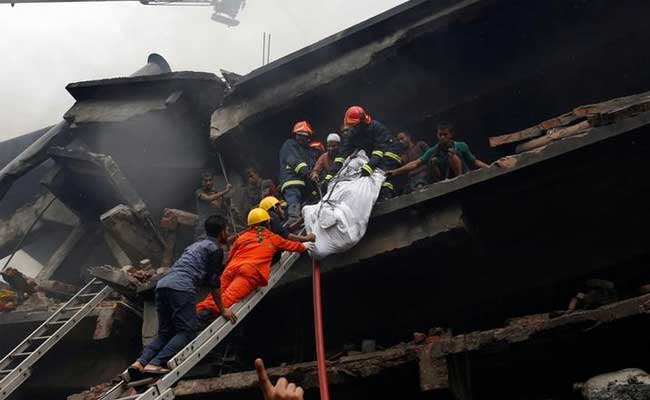 More than 20 firefighting teams battled to douse the flames. (Reuters)

Dhaka: A fire today at a food and cigarette packaging factory in Bangladesh killed at least 23 and injured more than two dozen, emergency and government officials said, with fears the toll could rise.

The cause of the fire in the Tongi industrial zone about 20 km north of the capital, Dhaka, was not immediately known, but officials said a boiler explosion probably triggered the blaze, around 8 am, as workers prepared to swap shifts.

"We cannot confirm if people are inside, but our priority is to rescue them if there is anyone," Mohammad Akhtaruzzaman, a fire official at the site, told Reuters over the telephone, adding that the blaze was now under control.

"There were about 100 people inside when the fire broke out," Mohammad Nayan, a worker assisting with rescue efforts, told reporters. 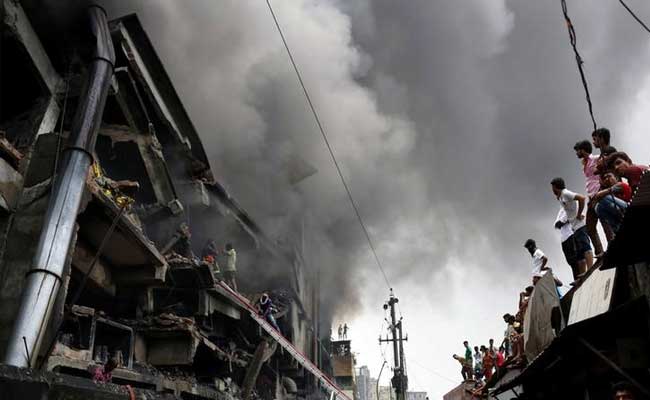 The fire at the factory also caused the partial collapse of an adjacent building. (Reuters)

More than 20 firefighting teams battled to douse the flames, which also caused the partial collapse of the four-storey Tampaco Foils building, officials said.

Officials of Tampaco Foils, where the fire broke out, could not immediately be reached for comment.

On its website, the company lists major international brands, such as British American Tobacco and Nestle, among its customers.

Promoted
Listen to the latest songs, only on JioSaavn.com
The incident is the latest in a series of industrial accidents in the South Asian country that is one of the world's top garment exporters.

In 2013, the collapse of Rana Plaza, a building outside Dhaka, killed 1,135 workers mainly employed in the garment industry.
© Thomson Reuters 2016