Lord Ajay Kakkar, Professor of Surgery at University College London (UCL) and Dr Samir Shah, CEO of Juniper TV, will be part of the new commission. 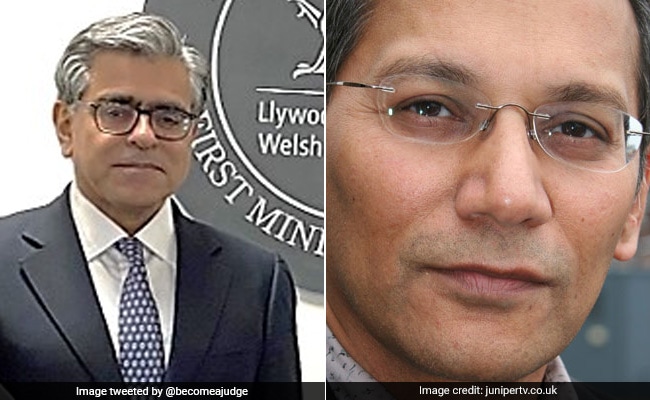 An Indian-origin professor of surgery and a mediaperson are among the members of a new Commission on Race and Ethnic Disparities, which will look at inequalities within UK society in areas such as health, education and criminal justice, 10 Downing Street in London said on Thursday.

They join a dozen representatives from the fields of science, education, broadcasting, economics, medicine, policing and community organising in their role as commissioners of the new entity.

"Today I am establishing an independent Commission on Race and Ethnic Disparities. This cross-government commission will examine inequality in the UK, across the whole population," Johnson said on Thursday.

"I am thrilled we have assembled a group of 10 talented and diverse commissioners, who each bring a wealth of experience from across a range of important sectors. The Commission will be inclusive, undertaking research and inviting submissions where necessary. It will set a positive agenda for change," he said.

The new independent commission will be chaired by Dr Tony Sewell, Head of the charity Generating Genius, and will report to the UK Prime Minister.

"Tony has supported many young people from diverse backgrounds into STEM [Science, technology, engineering and mathematics] careers. I know well how his work has improved access to education across London, and I am confident that he shares my commitment to maximising opportunity for all," added Johnson.

"I have spent my entire career in education striving to help all students achieve their full potential. I know however that inequality exists, and I am committed to working with my fellow commissioners to understand why. Together we will set out recommendations for action across Government, public bodies and the private sector, and will seek to inform a national conversation about race, led by the evidence," Sewell said.

The Commission on Race and Ethnic Disparities will aim to report its findings on the priority areas of health, education, criminal justice and employment by the end of this year, Downing Street said.

"This commission demonstrates this government's mission to level up opportunity for everyone whatever their background. Our expert Chair and Commissioners will make evidence-based recommendations to change lives for the better. Their work will be crucial in informing and improving the national conversation on race," said UK Equalities Minister Kemi Badenoch, the sponsoring minister for the initiative.

The government has said the new commission will be supported by the Race Disparity Unit, part of the UK Cabinet Office, which collects and analyses government data on the experiences of people from different ethnic backgrounds.

Its work will be "complemented" by the Windrush Working Group, formed last month to bring together community leaders and government departments to oversee the response to the Windrush immigration scandal which resulted in hundreds being wrongly told they were in Britain illegally.