The incident has made waves nationwide, with Prime Minister Stefan Lofven calling it an attack "on all of our open democratic society." 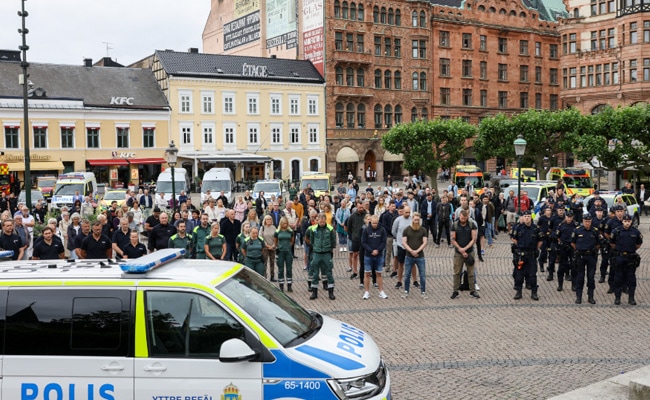 The officer was shot dead on Wednesday evening, while on patrol.

Swedish prosecutors said Friday that a 17-year-old boy had been arrested over the fatal shooting of a police officer, the first such death in the country in 14 years.

The incident has made waves nationwide, with Prime Minister Stefan Lofven calling it an attack "on all of our open democratic society."

"It's a young person, a person who is 17 years old," public prosecutor Ulrika Aberg told a press conference, adding the boy was suspected of murder and attempted murder.

The officer was shot dead in Gothenburg on Wednesday evening, while on patrol.

Initial reports said the policeman, who was in his thirties, was speaking to some locals in the area of Biskopsgarden when he was suddenly shot at.

Aberg confirmed that the young man was a resident of the area.

Christer Fuxborg, press spokesman for Gothenburg police, told AFP earlier on Friday that it was still unclear what the motive behind the shooting was and whether the officer was the intended target, adding that "the perpetrator may not have understood, or realised it was a police officer."

According to Fuxborg, the officer was assigned to work with community outreach and while those officers do wear police insignia on their clothing they don't always wear the traditional police uniform.

According to newspaper GT, the suspect had previously been charged with the attempted murder of another person who was reportedly also present at the scene of the shooting.

Police deaths from shootings are rare in Sweden.

The last fatal shooting occurred 14 years ago, but the country has struggled to contain a rise in deadly gang-related violence.

A report compiled by the Swedish National Council for Crime Prevention released in May found that Sweden had the highest number of deadly shootings per capita in Europe.

In 2020, there were more than 360 incidents involving firearms in Sweden, with 47 deaths and 117 injuries, a record level according to the police.