The facility in the town of Tula in Hidalgo state was inundated after a river overflowed following heavy rain, the government said on Twitter. 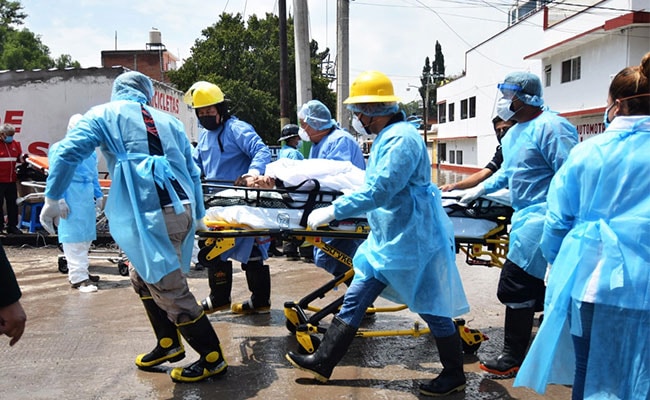 At least 17 patients died after floods swept through a hospital in central Mexico, disrupting the power supply and oxygen therapy, authorities said Tuesday.

The facility in the town of Tula in Hidalgo state was inundated after a river overflowed following heavy rain, the government said on Twitter.

"In this honorable job there are good, very good, bad and very bad days; today is one of the latter days," Andres Manuel Lopez Obrador tweeted.

"I am very saddened by the death of 17 hospital patients," he added.

The hospital was flooded in a matter of minutes, and a power cut disrupted oxygen treatment, said Zoe Robledo, general director of the Mexican Institute of Social Security, which operates the facility.

The rest of the 56 patients were reported to have been taken to other hospitals.

According to Mexican media, the victims included Covid-19 patients who needed oxygen therapy to stay alive.

The government deployed the military as well as water and electricity board workers to deal with the fallout in Tula, which bore the brunt of heavy rains that have drenched swathes of Mexico.

"A lot of water has fallen throughout the Valley of Mexico (where the capital is located) and it will continue to rain," Lopez Obrador warned.

"People living in low-lying areas, for now, move to shelters or high places with family or friends," he said.